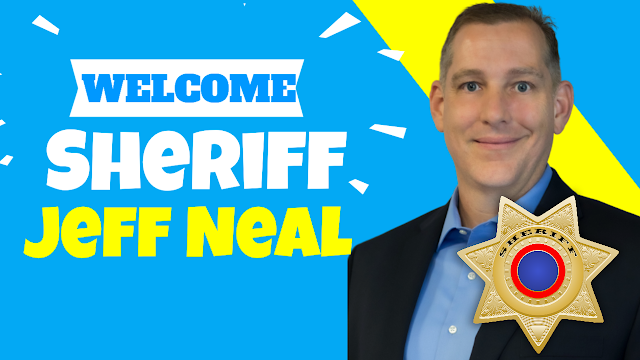 Being a faithful public servant for almost three decades paid off for Chief Deputy Jeff Neal, who will now be known as "Sheriff Neal."


Success came for the lawman in the wee hours of Wednesday morning when unofficial results showed Neal besting opponent George Huggins by a little more than 2,000 votes out of 12,582 votes cast.


Fans of the new Sheriff waited until after midnight to see the final results, but many had given up by 1 am. The unofficial results were announced after 3 am Wednesday morning.

The Bowie County Sheriff's race was particularly cordial compared to some other top local contests, and even the all-American families of the two candidates were front and center during the campaign. Click here to read the full story about the two candidates families.

Neal has a long list of accomplishments and an enviable resume.

As Sheriff, Neal told voters he would continue in the footsteps of his mentor, current Sheriff James Prince.

After Prince announced his retirement, Neal was immediately recognized as a top candidate for Sheriff.

Neal's campaign got off to a fast start in September, but Huggins' campaign was not announced until early December.

He was endorsed by both Prince and former Sheriff Thomas Hodge, among others.

Neal was watching returns at Silver Star Smokehouse and could be seen on the phone at about 2 am.