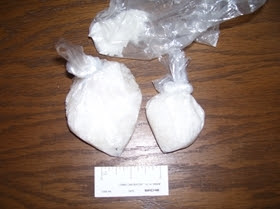 A woman has been arrested for allegedly attempting to deliver 3 1/2 methamphetamine to a home in the Liberty-Eylau community of Texarkana.

Jessica Stotts, a 36-year-old from Texarkana, Arkansas, was arrested after a sting operation.

The LE citizen allegedly arranged for Jessica Stotts to deliver three and one-half ounces of methamphetamine to a residence.

Deputy Steger and Investigator Thompson waited at the home located on a private road in the Liberty-Eylau Community for Stotts to arrive.

She arrived at the location as expected, police say. When she entered, she was greeted by law enforcement and police said they believe Stotts quickly realized she was involved in a police sting operation.

Stotts allegedly informed Investigator Thompson that she had the methamphetamine in her purse.

Three and one-half ounces of methamphetamine were allegedly recovered,, and Stotts was arrested for Delivery of a Controlled Substance Over Four Grams and Under 200 Grams. 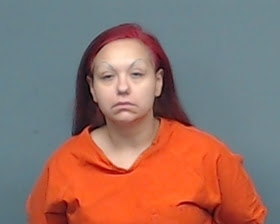