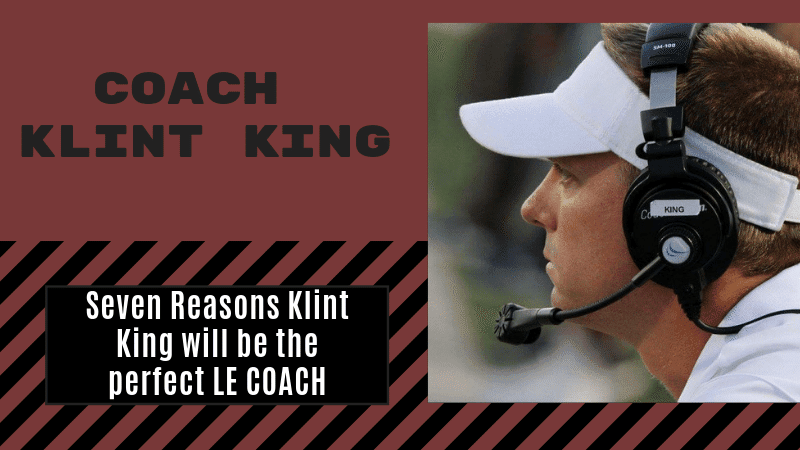 Editor's note: This article was originally published earlier this year, and a Liberty-Eylau football fan asked that it be revisited as the football season begins. We happily obliged.


Friday nights are about to change in Texarkana because of Texas High School football, and there's a new face at Liberty-Eylau who is drawing lots of attention.

Maybe it was the helicopter that dramatically delivered LE's new uniforms or the palpable excitement of Leopard fans. But everyone senses that this year is going to be special.

Klint King who recently served at Richland High School in the Dallas-Fort Worth Metroplex has taken over as Liberty-Eylau athletic director and head football coach following the retirement of the beloved Steve Wells.

The head coaching position of a Texas football team is significant to the community of Liberty-Eylau, and the citizens have high expectations for future Leopard success.

We have scoured the files on Klint King and were pleasantly surprised by what we found. So here are the 7 reasons Coach Klint King may be the perfect coach and athletic director for Liberty-Eylau.

1.  Klint King's influence on players does not end with graduation

He roots for their success after graduation. King said: "Love when great young men who are chasing their dreams come to visit... to see them be successful in life." (see photo below) This means that King is committed to helping players on and off the field - definitely a positive thing. 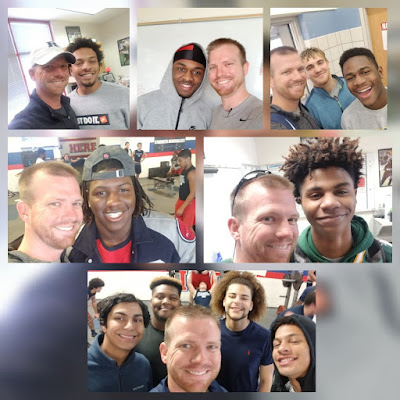 2.  Coach King is from Northeast Texas (Sulphur Springs) and coached in Lindale

Northeast Texas high school football is unique, and dealing with the people and places involved will be easier for King since he is a Northeast Texas boy.

3.  Klint King is a loving father

According to King, he loves sports even when things don't turn out the way his family wants. (see photo below). On this occasion, King said on Twitter: "Didn't turn out how we wanted it, but there are always valuable lessons that can be learned from competition." He added: "Love this guy, and if he's going to lay with me to watch the game...I guess we can push bedtime just a little bit." 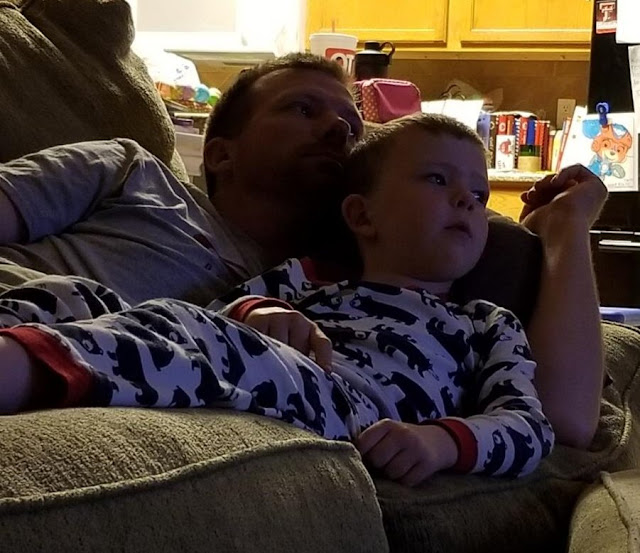 4.  Coach King has a Master's Degree in Educational Leadership and Administration

Not only does Klint King have skills on the football field, but he is no slouch in the classroom, either. This man is the definition of an athlete and a scholar with a teaching degree from a good university and a Master's Degree in leadership and administration. This means King will be ready to lead LE from day one.

5.  Klint King thinks of his players and staff as "family"

Looking through the social media of Klint King, he mentions family often and with sincerity. In the photo below, he is hosting his Richland football "Thrash Mob" family at his home. King said: "Had a blast having some of the Thrash Mob at the house tonight. Good times spent with family." 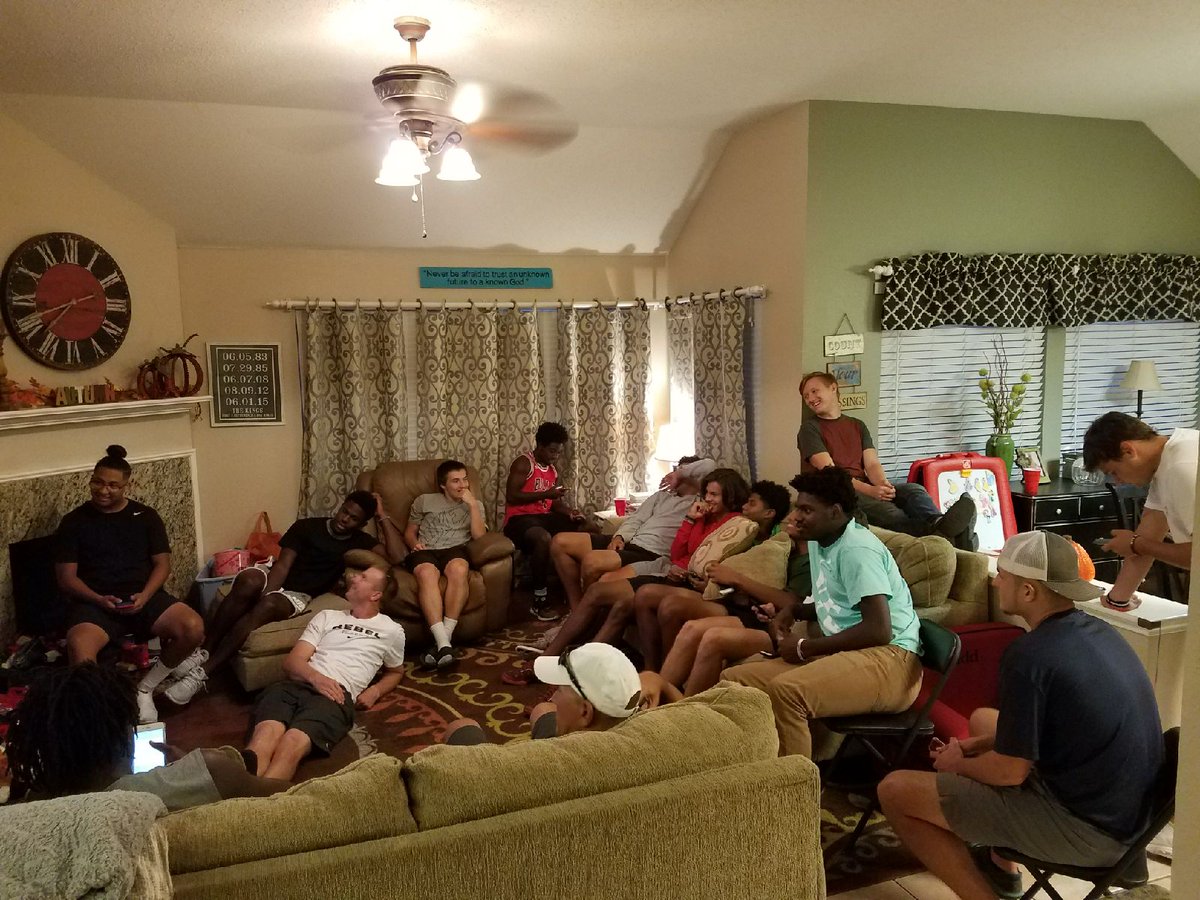 6.  Coach King is a BIG fan of Russell Crowe in the movie Gladiator

Within the inner sanctum of the coach's social media over several years, King repeatedly and skillfully uses the character portrayed by Russell Crowe in Gladiator and photos from the movie to promote hard work and sports domination with hashtags like #Dominate, #UsNotThem, #YesWeWill and #NoMercy. This is great to see from a future Liberty-Eylau coach because Coach King is obviously a nice guy off the field, but on the field he wants to dominate - just like LE fans.

Looks don't always matter, and they really shouldn't if someone is good at their job. But does it really hurt if the new Leopards' coach looks like a guy who can win 10 state championships in a row? When you see the photo below, it just screams "winner." Even the little bit of tape that says "KING" on Coach King's headset is perfectly placed, and he looks like he is ready to star in a sequel to the movie "Friday Night Lights." 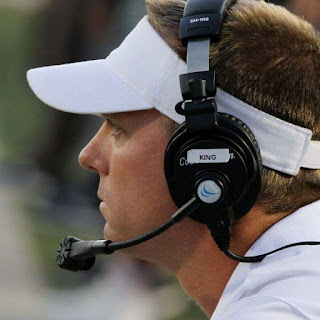 CONCLUSION: Coach Steve Wells will be greatly missed, but Klint King is a worthy successor

All of us will miss Steve Wells, and we will never forget his service to the Liberty-Eylau community. But he richly deserves retirement after a long and successful career.

Thankfully, a lot of smart people at Liberty-Eylau seem to have landed on Coach Klint King, and he appears to be the perfect candidate for a successful football future in this community.