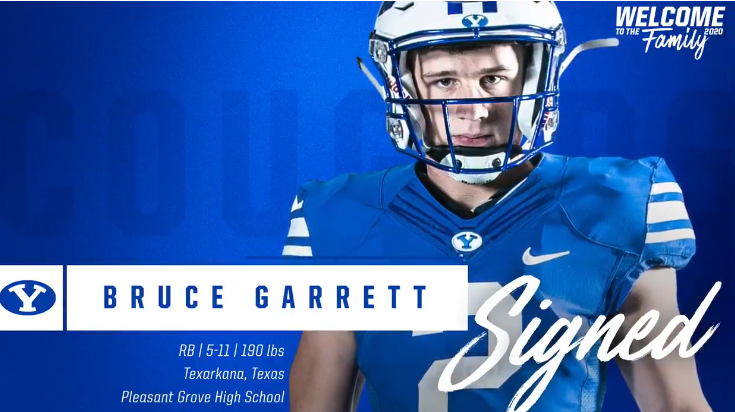 Senior and Pleasant Grove High School running back Bruce Garrett will be headed to beautiful Provo, Utah beginning in Fall, 2020 after officially signing his letter of intent to play for Brigham Young University on Wednesday.

SMU, Arkansas, and others were reportedly interested in the all-state running back. But a trip to Provo seemed to seal the deal after Garrett secured an offer from Brigham Young University in late May.


Coach Josh Gibson said he was proud of Garrett as the PG Hawks are headed to their third state championship game in a row on Friday at AT&T Stadium in Arlington.

"He’s a special talent, and he’s made a huge impact on our program," Coach Gibson said.

BYU's pristine campus must have impressed the Texarkana, Texas football player because he decided to commit to BYU Cougar after his visit.

"Garrett isn't going to be the biggest player in the locker room, but his 5'11" frame is built like a truck, and he is certainly big enough to play the running back position," said  Jeff Hansen of Cougar Sports Insider. "He is a legitimate 4.52-runner who also will be a threat in the receiving game out of the backfield."

Provo is the third-largest city in Utah and was named by Forbes as one of the best small and medium-sized cities for jobs. It is also an absolutely beautiful place to live with many options for outdoor activities besides football.

PG and #HawkNation have continued to be a great training ground for the talented player in the 2019-2020 season as he has been preparing for BYU in Fall, 2020.

For now, all eyes are on Garrett and the PG Hawks as the team takes on Wimberley with a return visit to the state championship game.

A win on Friday would cap off a stellar high school career for Bruce Garrett as he prepares for the big move to Provo, which is 1,330 miles from Texarkana and a 21-hour drive.

With that kind of distance, it's likely that family and friends of  Bruce Garrett would probably appreciate generous air-mile donations so they can watch the running back play during BYU home games at LaVell Edwards Stadium. 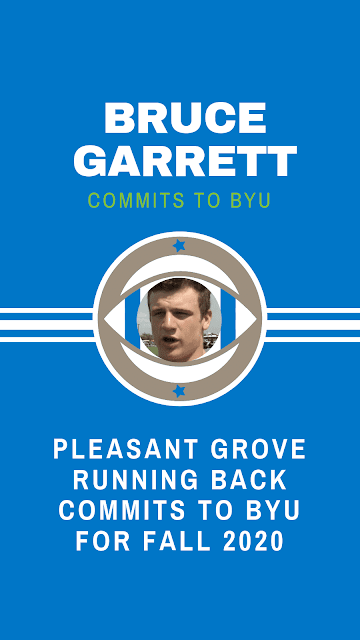