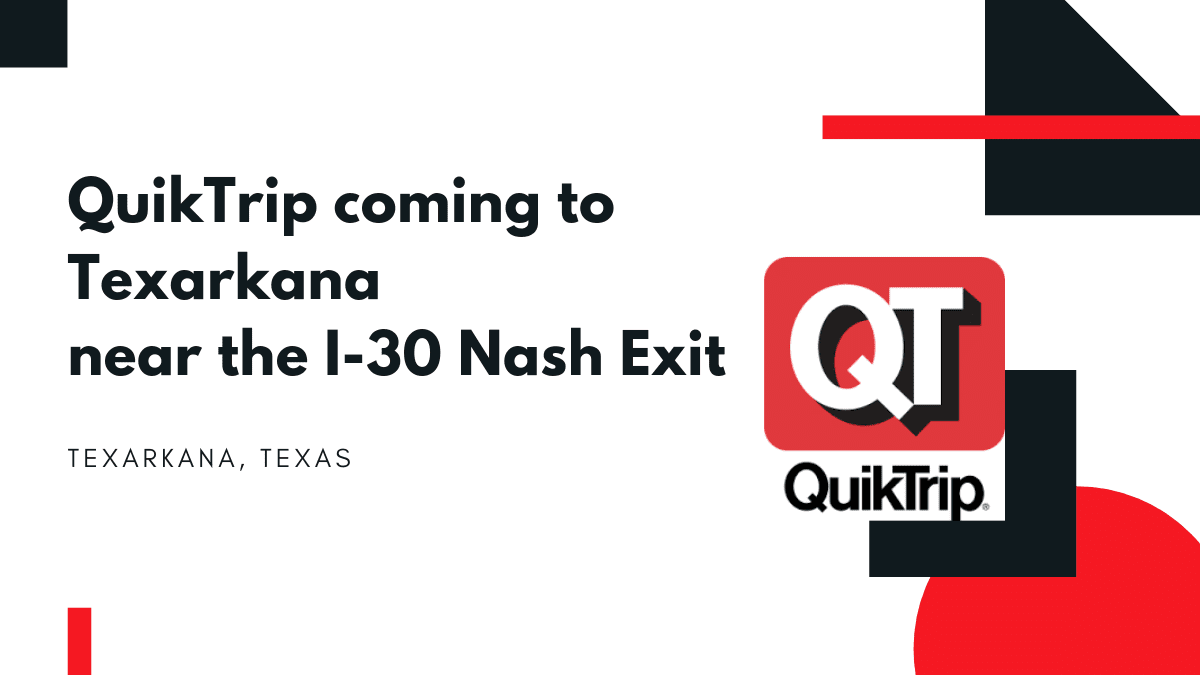 The fast-growing, Tulsa-based QuikTrip  — also called QT — is coming to the ArkLaTex region for the first time.

The new QT travel center for Texarkana will be located near I-30 off the Nash exit in the Cross Pointe Subdivision near Road Runner and Dixie Diner.

A metal building formerly utilized by Cross Pointe Church on the property is slated to be removed following the QT site plan's recent approval by the Texarkana, Texas City Council.

The new, 24-hour QuikTrip travel center will be a 7,719 square foot brick building with 80 parking spots (with 3 handicapped spaces) and a gas canopy with 10 gas pumps and diesel pumps to accommodate large trucks.

QT, which promotes the slogan "More than a gas station," is known as a highly-skilled company in customer service with a super-efficient, high-volume business model.

Convenience store professionals and trade magazines have marveled at the company's ability to get customers in and out of stores quickly while keeping them happy and their stomachs satisfied.

The chain of around 800 stores is also known for its desire to be #1 in every metro area it enters. The company explicitly states that it wants to be the "dominant convenience/gasoline retailer in each market and to reach that level not through sheer numbers of stores, but through key, high-volume locations."

The Texarkana News reached out to the company spokesperson and vice president of government affairs, Mike Thornbrugh, at QT's Tulsa headquarters. We directly asked him about the company's desire to dominate the markets where it chooses to operate.

"Well, it is no secret that we are highly competitive," Thornbrugh said. "Texarkana fits our long term goals, and we wanted to expand our geographical footprint."

With $11.5 billion in annual sales, simple math indicates that each of QuikTrip's approximately 800 locations averages yearly sales of around $14.4 million. However, it's likely the newer generation, larger stores like the one coming to Texarkana could earn more.

QuikTrip is highly selective about the markets it enters and constantly crunches numbers. For instance, it began opening stores in the Dallas-Fort Worth area in 1999, and it now has more than 140 stores in the DFW region. Likewise, it has approximately the same number of stores in the metro areas of Phoenix and Atlanta.

Indeed, coming to the Four States area is a significant step for the chain of stores that opened in 1958 since it only operates in around 15 markets, including new cities like San Antonio and Austin.

With the nearest QuikTrip being more than 125 miles away from Texarkana, the arrival of the Tulsa company in Texarkana and the ArkLaTex could signal that more locations could come to our region if sales figures are impressive at the new Texarkana QT store.

Thornbrugh said QuikTrip would likely surprise people who are new to the brand in Texarkana. He said he was especially proud of the full-service kitchens with made to order meals.

"Around ten years ago, we went to a fresh food concept, and people love it," Thornbrugh said. "The food is pretty darn good."

On social media, customers are passionate about the flavor bar for cold drinks with 10,000 combinations which allow customers to experiment with different drink recipes.

The vice president told us that loyal employees were critical to the business success of QT, and the company is known for its generous benefits and high employee retention rate. Fortune has ranked QuikTrip as one of the Best Companies To Work For for 14 years.

"People in Texarkana will be excited about us, in my opinion," Thornbrugh said. "Clean stores and great customer service are the apexes of all we do." 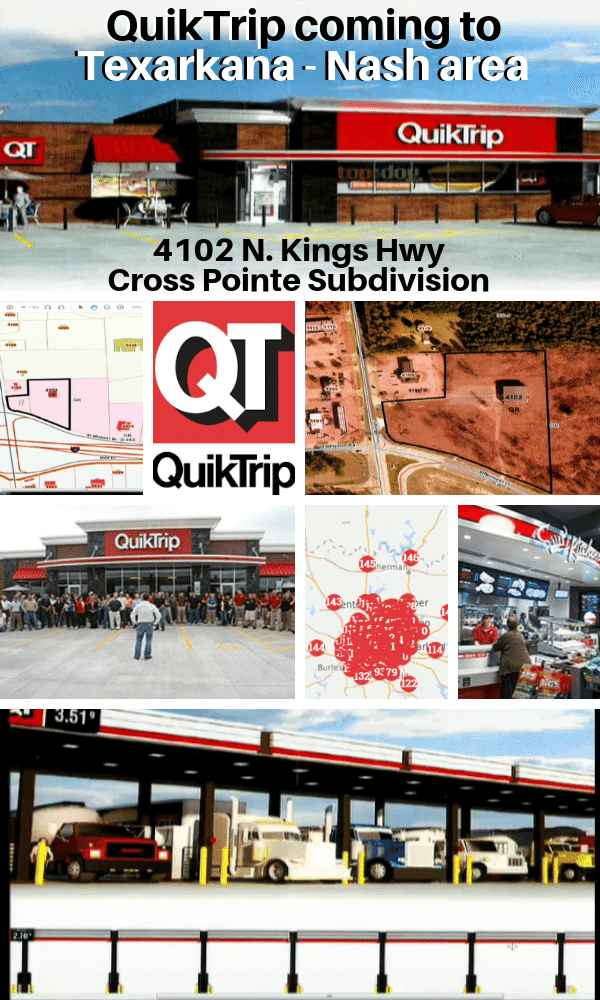