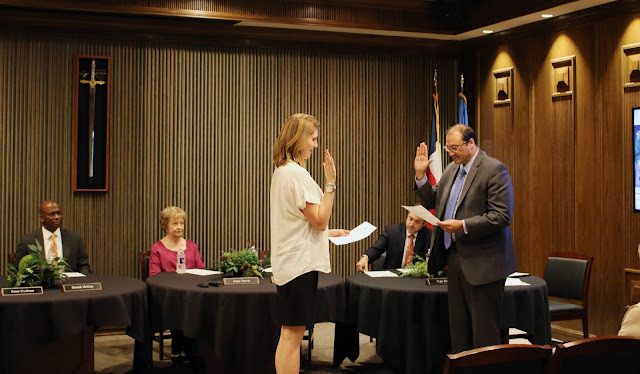 Local leader Lesley Ledwell Dukelow was appointed Monday to the Texarkana College Board of Trustees to fill the vacancy of Jane Daines who resigned in late September.

It is unknown if the new trustee will support future property tax increases following the unpopular unanimous decision of the Board to raise taxes in August 2019 without citizens voting on it.

Trustee Ledwell Dukelow will serve until 2022 to fill Daines' term and could then run for a six-year term.

Board President Kyle Davis said the new trustee was selected due to her extensive involvement with relevant local groups and committees in the Four States region.

As he welcomed the new trustee, Board President Davis said she will provide valuable insight to make crucial decisions with these new programs.

TC President Jason Smith said he was "delighted" that Trustee Ledwell Dukelow had been appointed. He lauded the new trustee for being "forward-thinking" and offering useful workforce knowledge.

He said the family business of the new trustee is a model that others could follow for success.

Presidet Smith said he was anticipating being able to work with the new trustee for Place 2.

The mood at the meeting was jovial, and Trustee Ledwell Dukelow received widespread praise both in the room on Monday and in the community after the appointment was announced. 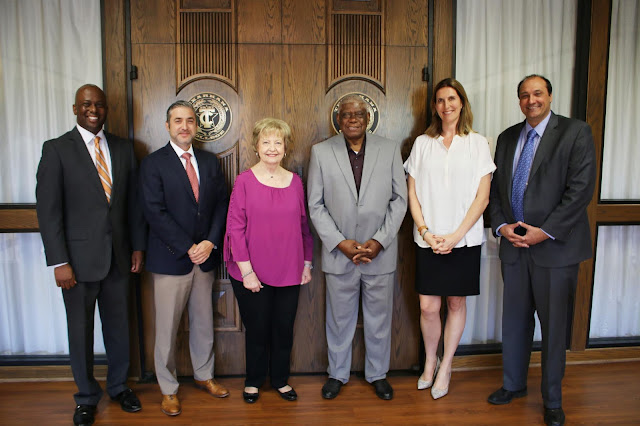