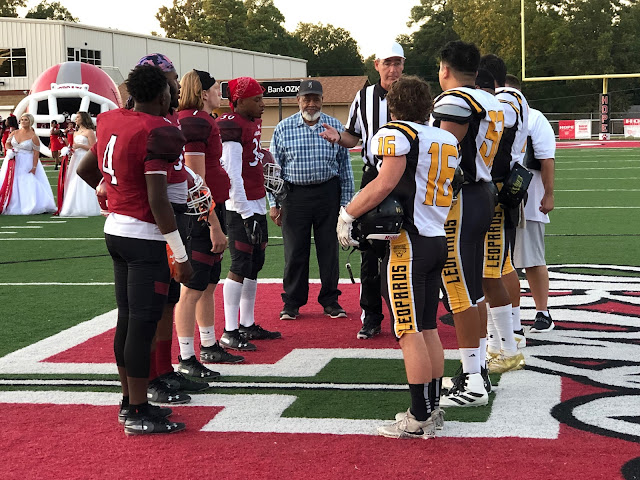 Hope High School has been choosing to honor local veterans in a real way during the current football season, and the public loves it.

This is a way HHS can let veterans know they appreciate the service of local military personnel.

Rhodes earned a BS degree in Education from Ouachita Baptist University and was commissioned a second lieutenant in the U.S. Army, where he became an Army Ranger and first lieutenant in the 95th Training Command.

He has served 31 years as an educator at Hope High School. Herbert Ross served in the U. S. Army from 1968-1970 and returned to service in the Arkansas National Guard from 1977-2004, where he was assigned to the 39th Engineering Battalion, 79th Postal Service, 153rd Infantry Division, Company B. After his service, Ross joined American Legion Post 427 and has served as post commander. 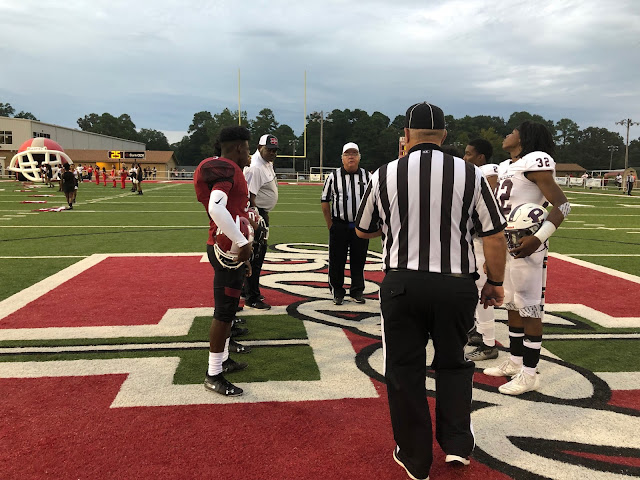