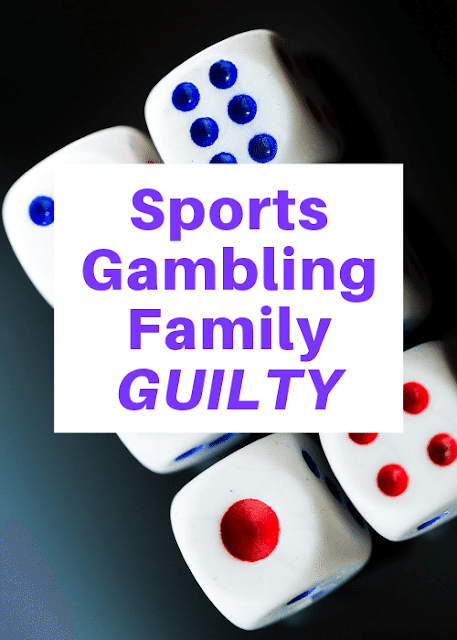 A mother, father and son took a big gamble by running what prosecutors said was one of the biggest illegal sports gambling and money laundering enterprises in the USA for 30 years. Now, their number is up.

The Beaumont businessman, his wife, and son have pleaded guilty to federal violations in the Eastern District of Texas, announced U.S. Attorney Joseph D. Brown today.

According to information presented in court, Larry Tillery was engaged in the business of accepting illegal wagers on sporting events from 1985 until April, 2017, and was his primary occupation during that time.

Tillery owned and operated Daylight Motors, a used car dealership, and Lamar Capital, a holding company for Daylight Motors, and used these two companies as a front to launder illicit proceeds from his illegal gambling enterprise.

Tillery used a website to receive and track wagers from his betting clients, allowing his bettors to place wagers on sporting events, including professional and collegiate basketball, baseball and football games.

Judy Tillery assisted her husband in laundering cash proceeds of his illegal bookmaking activities by depositing cash into her personal bank account at Beaumont Community Credit Union in Beaumont, Texas, and then writing checks to bank accounts controlled by her husband.

Judy Tillery structured these cash deposits in amounts under $10,000 in an attempt to evade federal currency transaction reporting requirements.

Larry Tillery knew that despite the fact that he was violating Texas state and federal law,  federal law nonetheless required him to register as a bookmaker with the Internal Revenue Service and to file monthly excise tax returns to report total wagers he accepted during the month.

Between 2011 and 2016, Tillery accepted at least $52 million in illegal wagers on sporting events.  Tillery did not report these wagers to the IRS or pay gross excise taxes.

The gross wagering taxes that resulted from wagers Larry Tillery accepted between 2011 and 2016 total $1,040,000. This tax due figure includes $101,203 in gross wagering excise taxes listed above in this document for wagers accepted in September 2016 – November 2016.

As part of the plea agreement, Larry and Judy Tillery are agreeing to forfeit $1,738,455 in cash seized during the investigation; numerous luxury watches and pieces of jewelry; and several professional sports memorabilia items.

They have also agreed to a money judgment of  $32,758,541, representative of illegal wagers the Tillery sports gambling enterprise during the relevant time period.

“The Tillerys ignored state and federal gambling laws, and profited tremendously from a criminal enterprise,” said U.S. Attorney Joseph D. Brown.  “We intend to collect every bit of the money judgment that will be issued against them, and we expect Larry Tillery’s prison sentence to send a message to those who profit from illegal bookmaking.”

“Concealing or transferring assets in an attempt to evade taxes is a crime, and IRS-CI is committed to prosecuting individuals that do so,” said Rusty Lee, Assistant Special Agent in Charge, IRS Criminal Investigation.

As part of his plea agreement, Brian Tillery agrees to forfeit $241,176 in U.S. currency seized during the investigation and a residence valued at approximately $600,000 located on Christina Court in Beaumont.  He has also agreed to a money judgment of $700,000.

Under federal statutes, Larry Tillery faces up to 10 years in federal prison.  Judy Tillery and Brian Tillery each face up to five years in federal prison.  The maximum statutory sentences prescribed by Congress is provided her for information purposes, as the sentences will be determined by the court based on the advisory sentencing guidelines and other statutory factors.  Sentencing hearings will be scheduled after the completion of presentence investigations by the U.S. Probation Office.

This case was investigated by Homeland Security Investigations and the Internal Revenue Service, Criminal Investigation, and is being prosecuted by Assistant U.S. Attorneys Christopher T. Tortorice and Joseph R. Batte.