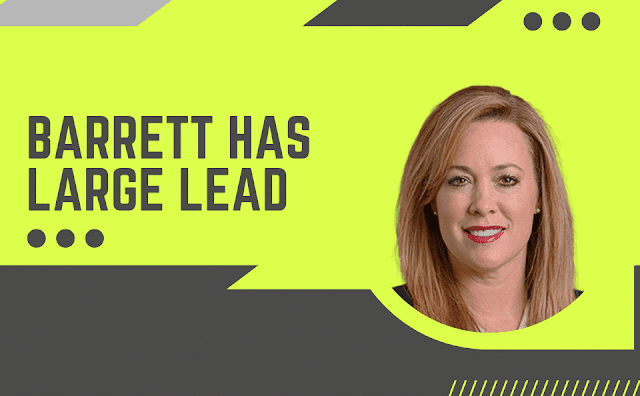 The race for District 2 Appeals Court Judge in Arkansas appears to be Stephanie Potter Barrett's to lose.

With 69% of votes counted, Barrett leads opponent Emily White by a comfortable margin of approximately 56% to 44%.


Barrett is extremely popular in Miller and Lafayette counties — the people who know the prosecuting attorney best.

However, she made inroads in other counties by increasing her name recognition in the past few months.

The race for appeals court Judge is a 15 county race that stretches all across western Arkansas.

In the final days of the campaign, White posted a video that used an unflattering photo of Barrett while leveling several charges against her opponent.

Voters seem to have rejected this tactic, but the final tally is yet to come.