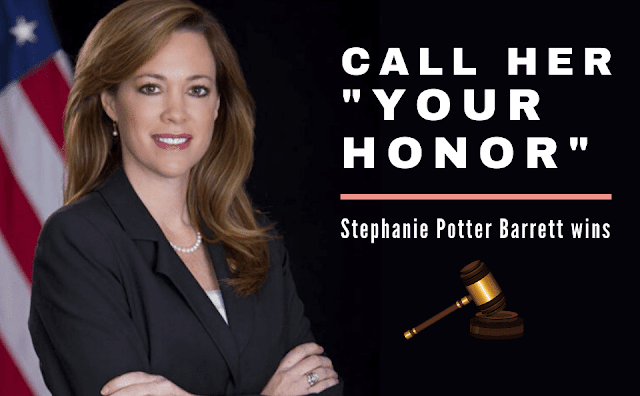 Texarkana's Stephanie Potter Barrett will now be known as "Judge Barrett" as she has been elected judge to the Arkansas Court of Appeals.


In a race that was full of ups and downs, the Prosecuting Attorney of Miller and Lafayette counties always moved forward with a smile and quiet confidence.


Fans of the Prosecuting Attorney in Texarkana celebrated Tuesday night and into Wednesday morning with online media posts and phone calls discussing the electoral success.

Surprisingly, Barrett even won in an area that had been considered a stronghold of her opponent: Garland County.

Even though the race turned especially negative in the waning days of the campaign, Barrett's head remained high, and the citizens of the 15 counties in the race for judge rallied around her to deliver a convincing win.