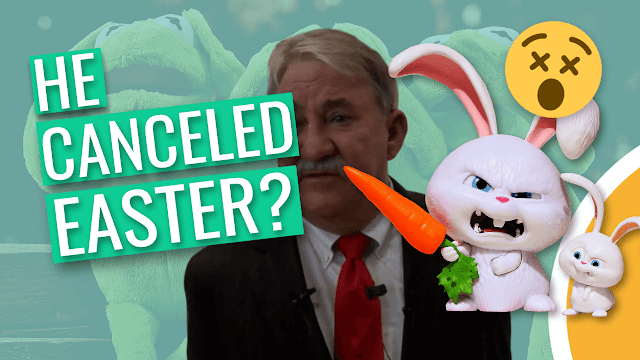 There will be no hope of wide-open church front doors or dinner with extended family on Easter Sunday in Bowie County, Texas in 2020.

The church doors will be locked, cheerful gatherings will be postponed, and the vibrant colors of spring dresses and hats will be put away in closets for another special day sometime in the future.


This will happen because Interim Bowie County Judge Bobby Howell issued a 16-day, stay-at-home order on Friday due to COVID-19. It has been controversial, to say the least.

The online backlash began immediately after the announcement was made. However, it must be noted that many people apparently like the lockdown for the virus.

Praying for a Happy Easter

Many Bowie County residents citizens had been hoping and praying that the country would be open on Easter in line with the hopes expressed by President Donald Trump and the nation's Coronavirus Task Force, which is led by Vice President Mike Pence.

On Friday, Interim County Judge Howell acknowledged that the order would include the most prominent, public day for Christians on the calendar except for Christmas. But he said he had concerns about gatherings such as Easter egg hunts in Bowie County.

"I realize this comes in the Easter weekend," Howell said. "But the last thing we need is children exposed because we're going to have an Easter egg hunt."

Howell said he based his decision on "scientific evidence" due to 3 positive cases of COVID-19 in Bowie County. The only medical officer on camera at the Friday briefing was Dr. Matt Young, who is listed as "Local Health Authority" during the daily virus briefings.

Strong opinions against the order

Texarkana News sought views from everyday citizens about the order, and virtually all of the limited numbers we spoke to were against the Easter ban. While each person knew about the "Shelter in Place" order, only one of them had realized it would last 16 days, including the entire Easter weekend.

Some of the quotes we obtained from these individuals were so negative and rude against the interim county judge that we have decided not to print them here. However, dozens and dozens of similar comments against the order are spread across social media.

While some of these individuals were entirely against the "Shelter in Place" order, others only protested that the stay-at-home order should be shorter and not include Easter Sunday.

These people said it was dispiriting to be locked away in their homes through Easter - especially since a shorter 14-day order would at least give citizens the "hope" of a "light at the end of the tunnel" if the infection level improved.

Could it save lives?

The interim county judge does have his defenders concerning the "Shelter in Place" order. Many of these Bowie County citizens said they don't like the idea of being ordered to stay inside for a long 16 days. But, at the same time, they said it may be necessary since they are scared of the spread of the virus into the wider community, especially nursing homes.

Other defenders of the order alleged that it was necessary because some local citizens were congregating and not practicing proper social distancing.

What does Sheriff James Prince think?

On Friday, some online commenters wondered why the order from the interim county judge was not presented jointly with the soon-to-be-retired Bowie County Sheriff James Prince. Some of them also alleged that the Sheriff must agree with the order for it to be enforced.

Texarkana News spoke with Captain Robby McCarver of the Bowie County Sheriff's Department on Friday afternoon. He confirmed that the department was "in lockstep" with the interim county judge.

"The Sheriff will always comply with the order from the county judge," McCarver said. "So, I guess you can say we are in lockstep."

Captain McCarver also said that citizens should not be concerned if they have a valid, essential reason to be outside their homes.

"A valid explanation should be accepted by any officer very easily," he added.

Other people spoke of the possibility of removing the interim county judge from office — since he was appointed and probably serves at the pleasure of the Bowie County Commissioner's Court. While this topic might be interesting as a theoretical discussion among Howell's detractors, it will never happen (even if it is technically possible).

Texarkana News called to ask Commissioner James Strain whether he and other members of the Commissioner's Court agreed with the judge's decision at approximately 3:30 pm on Friday. However, the female staff member answering the phone said that he had "just left for the day" and would not be back until Monday morning. We also got no response from Commissioner Sammy Stone.

How did Howell gain his position?

Technically, the county judge seat in Bowie County is currently open, which is very rare. Howell is running to fill the position of former Judge James Carlow in the November 2020 election against Armani Valentino.

The interim judge, who is a lawyer specializing in real estate that has never held elective office, was appointed by Bowie County Commissioners on Tuesday, October 1, 2019, after a secret selection process. The public was only told that "less than 9" (meaning between 1 and 9) candidates were considered for the post.

Commissioners never advertised that they were seeking candidates, and it can be safely assumed that a seasoned political pro like Judge Carlow would have never resigned if he did not know who commissioners would choose as his replacement. Click here to read more.

Howell won the Republican nomination for Bowie County Judge on March 3, 2020, and Valentino won the Democratic nomination on the same day.

The winner of the race will serve out the two years left on Carlow's term in office. An election for a full, four-year term will take place in 2022.

One woman we spoke with apologized after ranting about the order and the interim judge. In fact, she told us she somewhat embarrassed about what she told us.

She said: "You can quote me on this: The public part of Easter may be canceled in Bowie County, but no one can ever cancel Easter."

Take our poll: Do you agree with the "Shelter in Place" order through the entire Easter weekend from Interim Bowie County Judge Bobby Howell?