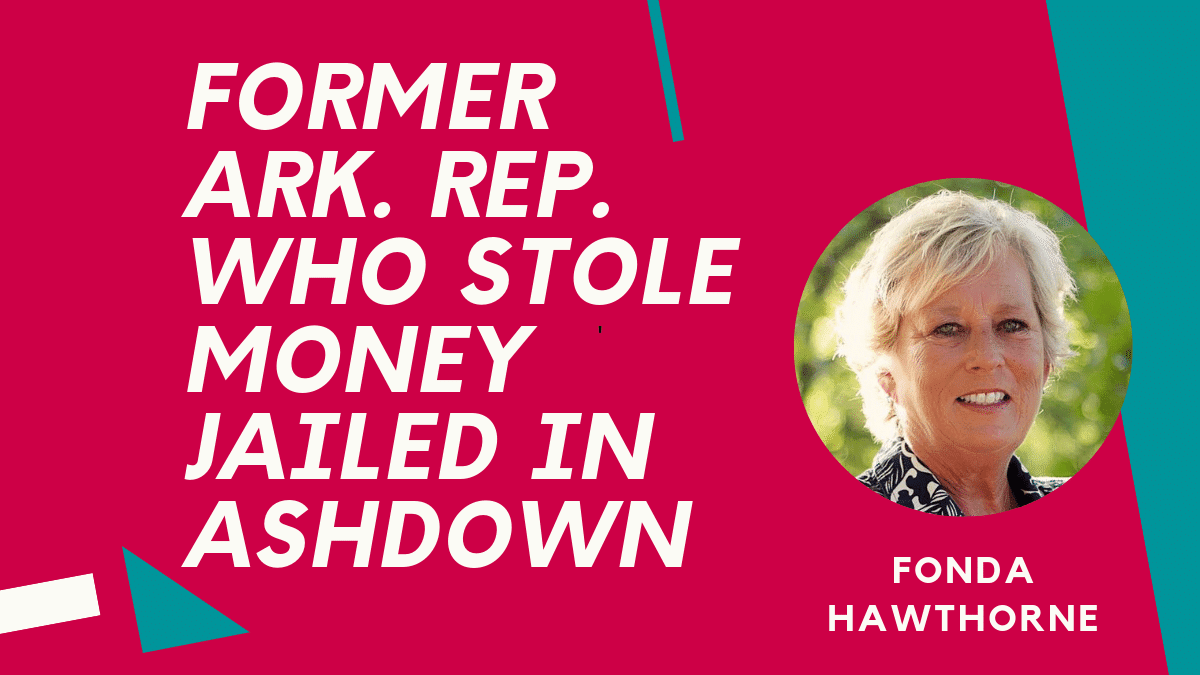 From the Arkansas House to the "Big House" — that was the journey of convicted felon and disgraced former Democrat lawmaker Fonda Hawthorne on Tuesday.

Hawthorne, 62, spent her first night in jail Tuesday following her sentencing earlier in the day.
Even though Circuit Judge Charles Yeargan told Hawthorne she violated the public trust by using a Little River Chamber of Commerce debit card to buy thousands of dollars of items, including tobacco and liquor, she received what some said was a very light sentence of 120 days along with five years probation.

Hawthorne had faced 3 to 10 years for the Class C felony theft charge. She had already entered a guilty plea for the theft which occurred between November 2013 to January 2018 while she was executive director of the organization.

Judge Yeargan's sentence for the embezzlement by Hawthorne from the Little River Chamber of Commerce was met with disbelief by some observers.

That's because another woman thirty years younger than Hawthorne who was not a former elected official — Kiley Huddleston, age 32 — was sentenced to six years in prison by the same judge on the same day for misusing the debit card of an Ashdown Parent Teacher Organization between April 2017 and November 2017.

Indeed, Ninth District prosecuting attorney Brian Chesshir went out of his way not to criticize the judge, saying: "he would hate to second guess a judge who sat there and listened to all the testimony" in the two cases.

But the prosecutor seemed to acknowledge that some will question the disparity of sentences when one young woman who embezzled with a debit card over a few months received a six year sentence and a former elected official who embezzled with a debit card over several years received a sentence of just 120 days — sentenced on the same day in front of the same judge.

"Was justice done? Some will agree. Some won't," Chesshir told a local television station.

Fonda Hawthorne was elected as a member of the Arkansas House of Representatives for the Fourth District in 2012 and served from 2013 to 2015.

The state of Arkansas has been hit with several recent corruption convictions of elected and former elected officials in recent months — including a sentence of 18 years for former Republican State Sen. Jon Woods of Springdale.

These convictions have made the public more aware and likely more concerned about criminal conduct among Arkansas politicians.

Photo above from political ad found on "Fonda Hawthorne for State Representative" Facebook page.
Editor's note: Any person arrested or charged with a crime is presumed innocent if and until they are convicted in a court of law.