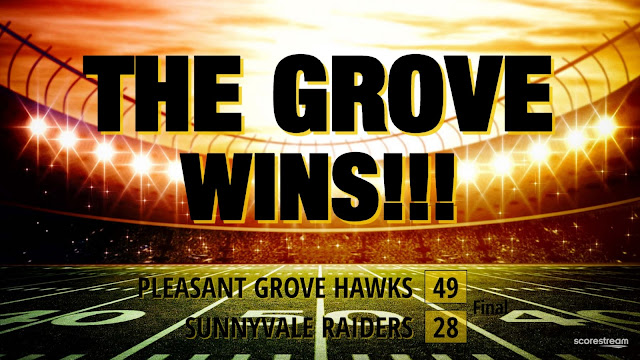 The Raiders of Sunnyvale, Texas, were crying in their root beer Friday night after being defeated by Texarkana's Pleasant Grove by more than 20 points at The Star in Frisco, Texas.


However, the Hawks did not feel much sympathy for the Raiders due to the release of a social media video from the Sunnyvale student section, which taunted the Pleasant Grove team a few days before the game.


With a final score of 49-28 in Division 2 of Region II-4A, the Hawks secured a win in its first significant test of the playoff season as Sunnyvale came into the game undefeated.

This Friday, the Hawks, who are coached by Josh Gibson, will once again face longtime rival Gilmer in what will likely be one of the most anticipated football games in the state of Texas next Friday.

The Pleasant Grove team (12-1) was charged up from the beginning of football action, which led to a three-score lead in the first quarter.

But the Sunnyvale Raiders star performer Tripp McAda also had a good night, and the Raiders recovered momentum in the second half of the game.

It still was not enough to catch the Pleasant Grove Hawks, who will be training hard for Friday's game against Gimer at Lobo Stadium in Longview, Texas, on Friday.