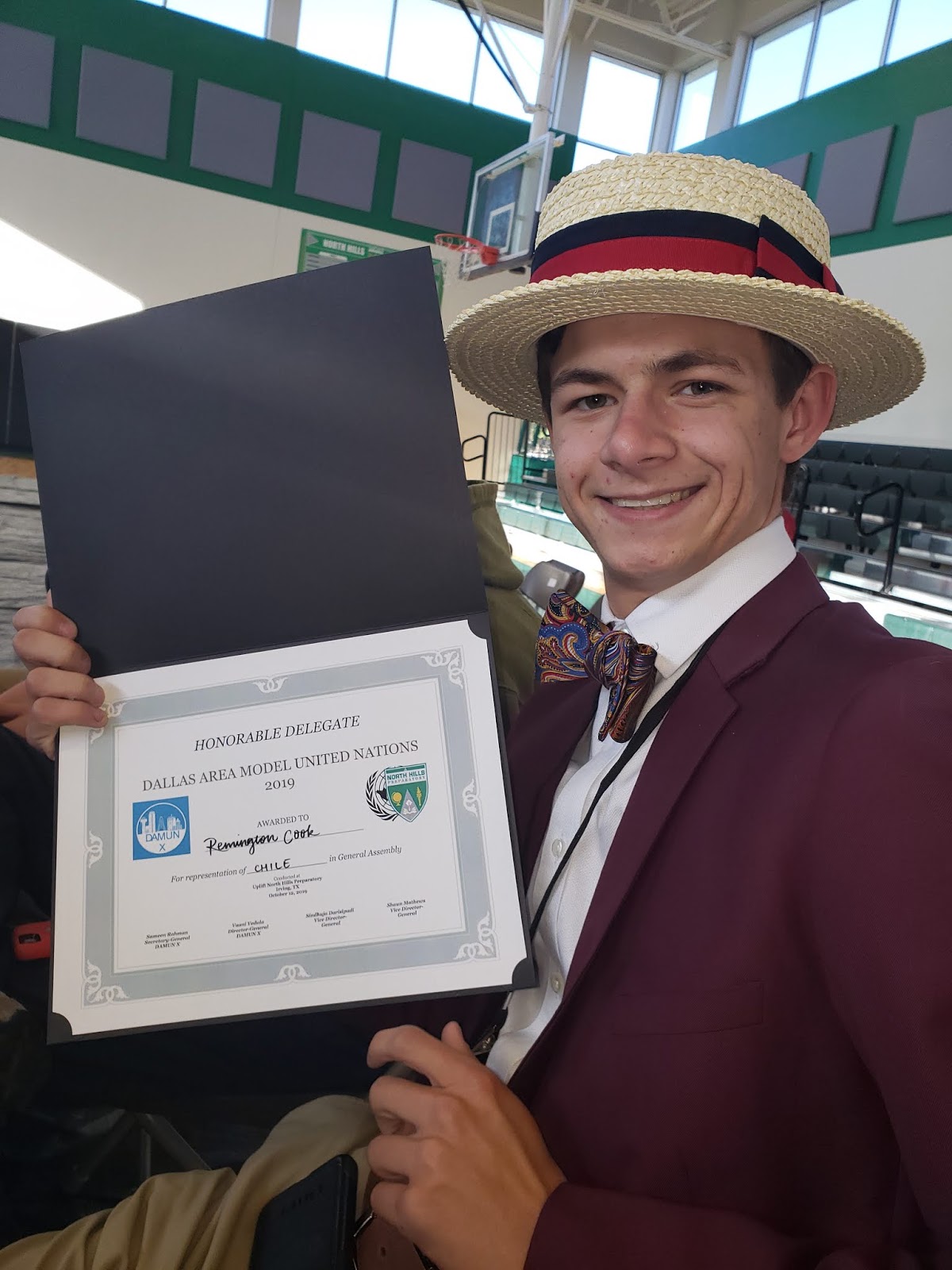 Remington Cook must be very good at solving the world's problems. Maybe we should send him to Washington, DC?

Cook received the distinction of Honorable Delegate based upon his performance through the course of each session.

Texas High had a four-person team that represented Belgium and Chile in the General Assembly, the World Health Organization, and Security Council committees.

The Model United Nations (Model UN) is an extra-curricular activity in which students typically role-play delegates to the United Nations and similar UN committees.

Model UN was developed in the 1950s as a way to give students hands-on learning in international relations, diplomacy, and the United Nations.

Today, over 400,000 students around the world participate in the program.