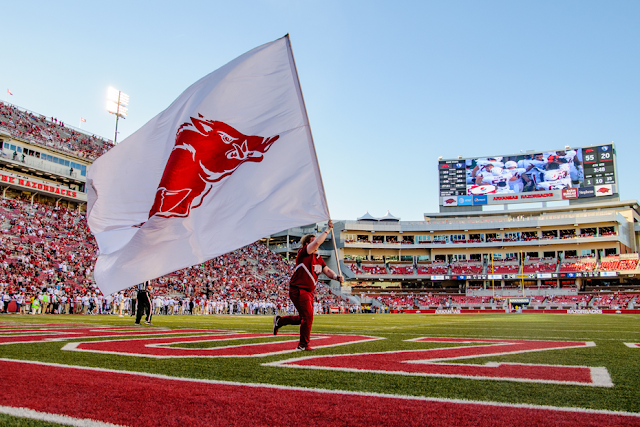 An old rival is coming back to Fayetteville in the near future, and tensions will be high.

The game with the Owls will be the first since 1991, the last season Arkansas was in the SWC, when the Razorbacks blanked Rice 20-0 inside War Memorial Stadium.

The victory in Little Rock that day pushed the Hogs’ record to 35-29-3 all time against the Owls in a series that dates back to 1919. The last time the two teams played in Fayetteville was in 1986 with the Hogs winning 45-14 on homecoming.

Arkansas’ game with Rice replaces an originally scheduled game against Missouri State in 2021. The Razorbacks will now host the Bears as part of the 2022 season on Sept. 17. The 2021 non-conference slate is scheduled with Rice, Texas (Sept. 11), Georgia Southern (Sept. 18) and Arkansas-Pine Bluff (Oct. 23) all set to visit Fayetteville.

The second year of the Chad Morris era opens on Aug. 31 at 3 p.m. against Portland State on SEC Network. For ticket information call 479.575.5151 or visit arkansasrazorbacks.com.