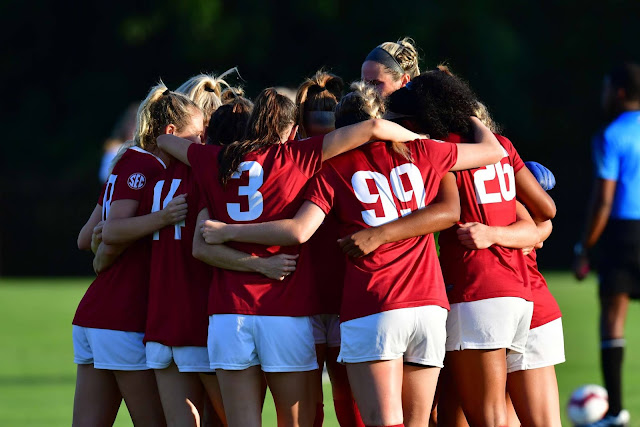 FAYETTEVILLE, Ark. – The Razorback Soccer team picked up its second-straight draw of the preseason as it fought to a scoreless draw with the Nebraska Cornhuskers at Razorback Field Thursday night.

“Obviously we wanted to win," said head coach Colby Hale. "We always want to win. But I thought our performance, particularly in the second half was tremendous."

The Razorbacks held an advantage in the shots category, tallying nine, compared to just three from the Cornhuskers. Arkansas’ three shots on the goal were the only ones on target by either squad.

The Cornhuskers controlled much of the pace of play in the opening 45-minutes but had just two shots to show for it. Arkansas’ best chance of the half would come in the 34th-minute when Parker Goins got on the end of a free kick from Haley VanFossen. Goins’ shot went just wide of the net, however, as the teams went to the locker rooms sitting at 0-0.

"We’ll watch the video and see some areas we can grow as well as gain some confidence in some areas," Coach Hale said. "Overall, pleased with the progress from the last match. We will keep growing and getting better! I really like this group.”

With Nebraska playing a high line early in the second half, the Razorbacks looked to capitalize, but had trouble connecting on the final ball. Nayeli Perez took a long-range attempt to earn the first shot on goal by either team in the 64th-minute as the Razorbacks began to control possession in the second stanza.

Raegan Cox followed up a deep free kick by Goins in the 70th-minute, but the freshman wasn’t able to get enough on it, allowing Huskers’ goalie, Aubrei Corder to haul it in. Corder made another save in the 86th-minute as junior Taylor Malham made a run down the right-side flank. The junior got a shot off on goal, but it went straight into the keeper’s hands.

Thursday’s match concluded preseason play for the Razorbacks, which included a 3-3 draw last week against the Kansas State. Arkansas will be on the road next week for its regular-season opener against UNC-Greensboro on Thursday, Aug. 22. First kick is set for 6 p.m. CT. The team will return on Sunday, Aug. 25 for its home opener against Oklahoma. That match is slated for a 6 p.m. start and televised on the SEC Network.