Home Bowie County Election New Boston News Politics Texarkana Texas State Rep. Gary VanDeaver will make a decision with prayer and along with his wife about running for U.S. Congress

State Rep. Gary VanDeaver will make a decision with prayer and along with his wife about running for U.S. Congress 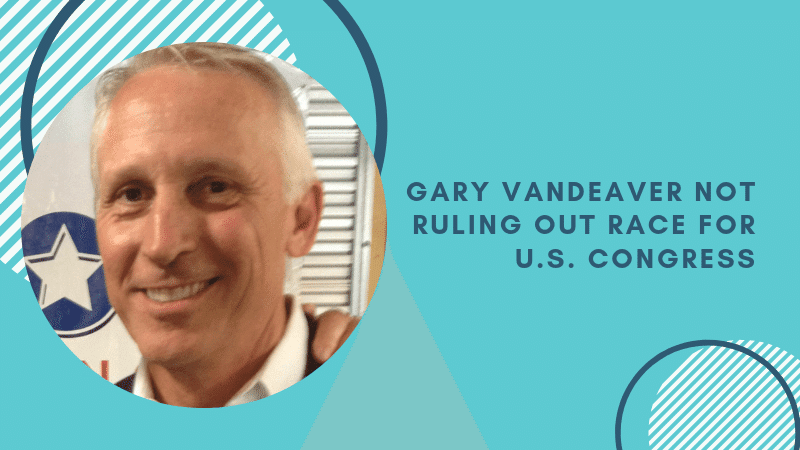 State Representative Gary VanDeaver, a former New Boston, Texas educator, is not ruling out a race for U.S. Congress to replace Rep. John Ratcliffe who is almost sure to be confirmed by the U.S. Senate to be the new Director of National Intelligence.

Earlier today, we posted an article about "Five things to watch" in the race for the Fourth Congressional District of Texas (TX-4). CLICK HERE to read it. We will also be providing daily coverage of news about the race.

First thing this morning, we apparently caught Rep. VanDeaver somewhat by surprise with our questions about the race for Congress.

"I think it's too early to even comment on that, to be honest with you. Its something I'll have to look, consider and pray about. And we will see how things progress," the state representative said.

However, our reporter suggested that John Ratcliffe had been mentioned as a possible Trump appointee for U.S. Attorney General, so the state representative must have given at least a little thought to his potential candidacy.

VanDeaver laughed heartily and signaled the thought had at least crossed his mind.

He added: "I understand why people would assume I would be interested, and it's something I need to look at seriously.

"My wife and I are going to look at it and make a decision together fairly soon," VanDeaver said. It's something you have to consider. But it's so early. I have no really which direction it will go."

VanDeaver told us he understands why people would ask if he would be a candidate because his district sits entirely in the TX-4 boundaries.

Editor's note: We will be providing daily coverage of the race for Texas' Fourth Congressional District along with our media partners in Paris, Sherman, and Rockwall.