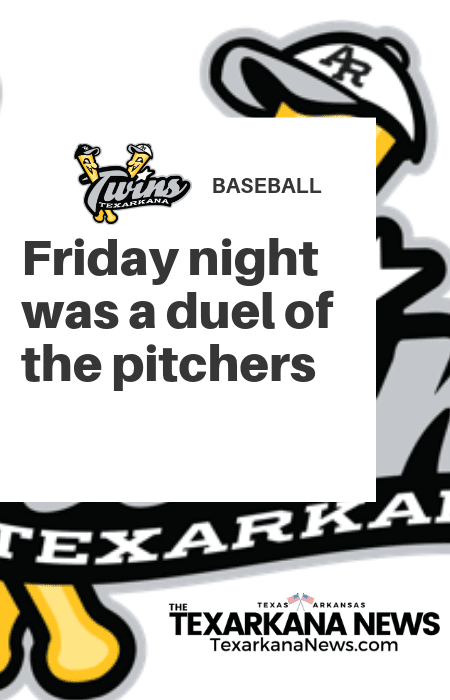 Pitchers ruled the day Friday as teams struck out a combined 19 times in College Station.

Tonight was truly a pitchers duel as the Twins (12-11) dropped their first game of the second half to the Brazos Valley Bombers (20-5).

However, the problem the Twins faced tonight is one that has plagued as of late; leaving a lot of guys on base.

The Twins left a collective 9 men on base tonight in game that they only lost by 2 runs.

It was a game of lost opportunities for the Twins and the first of those was when they left the bases loaded in the top of the 2nd inning.

The Bombers ended up striking first in the bottom of the 3rd inning when Jacob Padilla was brought in by a Ridge Rogers RBI Single.

The Twins were able to tie the game off a Blake Shannon RBI single in the top of the 5th. The bullpens would then proceed to dominate the game until the bottom of the 8th inning.

The Bombers were able to plate 2 against Twins newcomer Zachary Goree, who also showcased his incredible strike out potential tonight by recording 3 K’s in 2 innings pitched.

Joe Buckendorff then came in to pitch the 9th and secure the win for the Bombers.

The Twins pitching staff did more than their fair share of work tonight by only allowing the 3 runs and striking out a total of 8 Bombers batters in the 8 Innings.

They did let a lot of Bombers batters get on base but they did an equally good job of keeping those runners on the base paths which was one of the biggest reasons for the score being as low as it was.

This continues the trend of Twins pitchers allowing 4 or less runs in a game having now accomplished the feat in 3 straight games.

The Twins will have their chance at revenge against the Bombers tomorrow here at Travis Field as they will hope to wrap up this series with a win before traveling to Victoria to take on the Generals.

For more information and tickets visit texarkanatwins.com or call 903-294-PLAY.