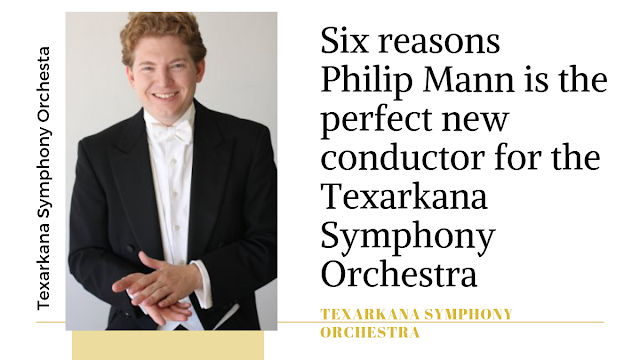 Finding someone to take the place of Texarkana Symphony Orchestra (TSO) music director and principal conductor Marc-André Bougie was never going to be easy.

However, the TSO hit a home-run with the highly qualified and extremely talented Philip Mann. So here are the six reasons the TSO made the perfect choice:

1. Philip Mann has been the conductor of the Arkansas Symphony Orchestra in Little Rock for nine seasons. That's a long time.

Nine years in an important position in Arkansas means that Philip Mann knows how to work with people, and he must be good at his job. There is no way to last as the Arkansas Symphony Orchestra's music director (or as a college coach in Arkansas) for nine years if you are not extraordinarily good at what you do.

2. Philip Mann was previously the assistant director of the San Diego Symphony, and he gave one of the most thoughtful and beautiful quotations about the "modern orchestra" that you can possibly imagine.

On May 2, 2010, he provided a heartfelt quote to the San Diego Union-Tribune in an article titled "Lifting the baton: Philip Mann." The conductor's words are insightful into the manner he will lead the TSO.

The modern symphony orchestra is a living, breathing thing, that speaks with just as much power and relevance now as it did at any point in its past. In fact, it’s times like now, when we do have a great emphasis on the visual, and technology and social networking, the Internet and all these things, that in the special setting that is a concert hall, or maybe in a nontraditional venue, that music’s power can be magnified and amplified in a way that is very special.

3. Philip Mann is a loving father with a sense of humor.

While his son was a toddler, Mann shared a photo with friends and fans of his son Julian that shows both his wit and pride in his son. Of the photo shown below, he said:  "Jules skipped crawling and walking and went straight to horseback riding." 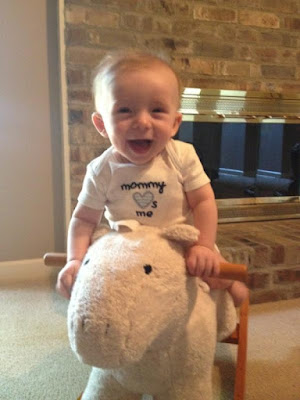 Tatiana, who hails from Eastern Europe, is an accomplished recitalist whose talent has been called "formidable… both accurate and with rarely seen joy" by the BBC. Radio broadcasts of her music have been heard in Europe and on NPR in the United States. The couple first met at a tea for scholarship students but really got to know each other better by preparing for concert performances together.

"I was in awe of her and asked her to play a few concerts with me," Philip Mann told Little Rock Family. 5. Philip Mann is an excellent communicator — a vital skill for the next TSO music director.

6. Music education and artistic growth for young people are important to Philip Mann.

According to Philip Mann: " It’s quite profound and incredible to know the depth of which music education can change the potential of a person."

Philip and Tatiana Mann practice what they preach. They have said music fills their home and even told one interviewer that they tried to put their son in artistic situations — whether it was in front of a piano or trips to Bentonville's world famous museum, Crystal Bridges.

CONCLUSION: Philip Mann is the right person for the job, and he is coming at the right time.

Doing a deep dive into the history of Philip Mann, it is impossible not to come away impressed.

While most people have already read about his academic, teaching and performance credentials, Philip Mann seems — by all accounts — to be a joy to be around and a family man who is passionate about music and the arts.

Indeed, Texarkana and the Four States area are very fortunate to have such a fine person and family decide to come to our warm and friendly community. Welcome, maestro.

Editor's note: While researching Philip Mann's history, we came across this great video of Arkansas welcoming him as conductor of the Arkansas Symphony Orchestra nine years ago. There are at least a few people you will know in the video.