Home Arkansas Bowie County Health News Opinion Texarkana Texas Is a local doctor getting too much publicity? — The Dialogue

Is a local doctor getting too much publicity? — The Dialogue 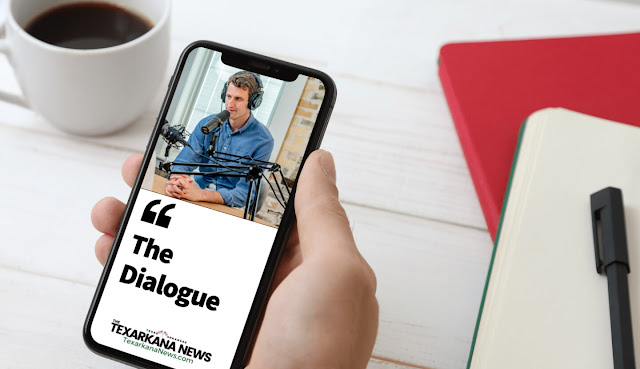 Welcome to The Dialogue, our weekly opinion "lookahead" from both sides of the Texas and Arkansas' state line, plus our best scoops.

By the way: Nix Patterson has a law office here in town, and we're still wondering if the Austin lawyers used the firm's famous private jet to file the lawsuit in Texarkana...

The backdrop: The lawsuit was not filed by any Texarkana freestanding ER. But it was filed on behalf of owners of freestanding (or independent) emergency centers in other Texas cities who say they have been singled out for unfair treatment by Blue Cross Blue Shield of Texas for not being "in-network." Of course, BCBCTX disagrees, and the insurance company has been vocal in its distaste for independent emergency rooms.

Why it matters: Because the lawsuit was filed in Texarkana, the news about it helped shine a bright light on the fact that almost all freestanding emergency rooms are "out of network" for Blue Cross Blue Shield of Texas and virtually all other major health insurance carriers as well.

⦿ Key point: Until the publicity about the lawsuit, many citizens didn't know freestanding emergency centers are mostly "out of network."

⦿ Others are not happy because they remember a TEC television advertisement in which Young says: "We accept all private insurance." Click here to watch the ad. FYI: Insurance companies in Texas are apparently required to process "out of network" claims. But there is obviously much more peace of mind for in-network care since health consumers can know exactly what they are required to pay. Therefore, they don't have to worry about the chance of a surprise medical bill later.

⦿ For those who don't know: It seems like Texarkana Emergency Center and Dr. Matt Young's face and voice are everywhere. Many consumers of media in the Texarkana area are seeing him and hearing him even more than usual during the shutdown.  It could be that too much local notoriety has become a double-edged sword for the doctor.

But, remember: Dr. Young is well-liked in the community and is even beloved by many.

⦿ This week: On its Facebook page, the Texarkana Texas Police Department promoted a newspaper column about the virus written by Young. But it was not clear that everyone was happy with Young, and the police department gave an impassioned defense of the doctor.

1 big thing: Young is also being talked about more because he is now a public figure with the title Local Health Authority. And he has been very visible during the virus shutdown.

⦿ Why the criticism? The anti-Young sentiment seems to have started when he appeared with local leaders in his position as Local Health Authority in the press conference in which interim Bowie County Judge Bobby Howell enacted a curfew between the hours of 10 am and 6 am. Many people were angered by Howell's order.

Good deeds: Supporters of Young should be heartened by the fact that the doctor's reputation should easily withstand a few negative online comments because he has built up large amounts of goodwill in the community.

⦿ We are big fans of the documentary Heart and Soul: This is Texas High School Football, in which Young had a small speaking role (at the beginning).

2. Can someone please lower the microphone? 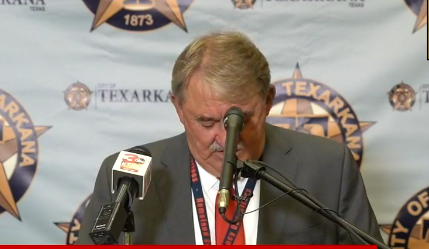 Press conferences about area virus preparation have been widely viewed in the area. And it was the first time many people had seen interim Bowie County Judge Bobby Howell in action.

Stunning pic: Howell was not as tall as other speakers in the press conference on Wednesday, April 8. So, at times, the microphone is in the middle of Howell's forehead (see photo above). It seems that no one even thought about adjusting the microphone or offering Howell a small platform on which to stand.

Situational awareness: Howell, who is the Republican nominee for Bowie County Judge, needs to look sharp because he has an opponent in November. Democrat Armani Valentino is challenging Howell. Surprisingly, the Democrat is getting a serious look from at least some Christian conservative Republican voters.

⦿ Scoop: News that Howell donated money to Obama trade representative Ron Kirk over Texas Sen. John Cornyn many years ago may be the reason for this. Click here to read the article from ArkLaTex News.

⦿ Republican critics say if they have to "choose between two Democrats," they might prefer to vote for Valentino, who has offered inspiring advice to citizens during the crisis and speaks freely about his Christian faith. Click here to read his list of 7 positive things to do with your free time during the shutdown.


3. Local people are getting desperate for cash


Hard times: The graphic design artist for Texarkana News was mowing his lawn on Friday, and he was approached by two different people (at different times) while doing yard work.

⦿ One man was wearing a suit and asked for work. The other man asked our graphic design artist for $5.00.

Money is in short supply for many: The shutdown has been rough for citizens without cash reserves. Thankfully, many people are helping each other through this turbulent financial period.

⦿ Ray of hope: Checks for $1,200 to citizens apparently began being processed by the IRS on Good Friday. Hopefully, the local people that need them will get their checks quickly. 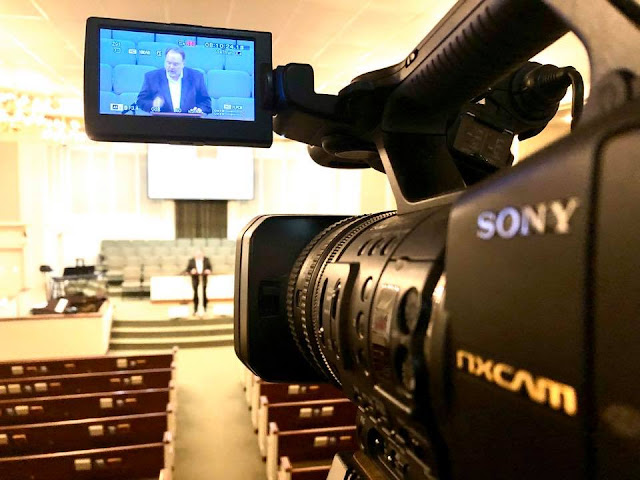 Older relatives might need some help in figuring out how to watch. It might cause you some short term pain to slowly describe how to do it, but the happiness of your family member is well worth it.

Many Texarkana-area churches, such as Highland Park Baptist Church (shown in the photo above), are airing Easter services on YouTube or Facebook.

⦿ One tip: Try to watch the service live, and be sure to chat with other local churchgoers before and after the event. Even while sheltering in place, we can make Easter Sunday a special time that will always be remembered fondly.