Mount Pleasant Mayor Tracy Craig beat Bill Ratliff's son in a landslide - could he soon be a U.S. Congressman? 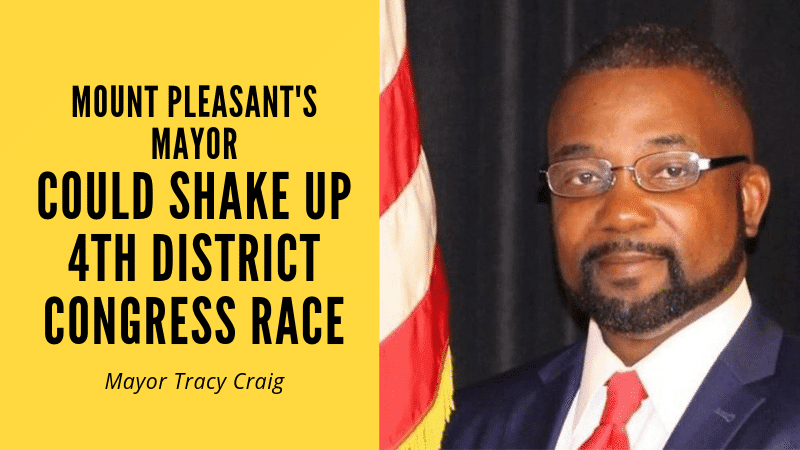 As the first African American mayor of Mount Pleasant, the Navy veteran won his mayoral runoff race in a landslide against the well-connected son of former State Sen. and Texas Lt. Gov. Bill Ratliff.

Mayor Craig defies labels as he beat Republican Ratliff with 66% of the vote in a county that gave President Trump 69.1% of the vote in 2016. This statistic should provide a scare to people who think a Democrat would not have a chance in deep-red Northeast Texas.

The previous year Craig had run as a Democrat for Justice of the Peace, but his election and conversion of Republican voters could provide a jolt to the congressional race to replace Rep. John Ratcliffe who was tapped to be Director of National Intelligence by President Trump on Sunday.

Texas Gov. Greg Abbott is widely expected to call a special election for the TX-4 seat, and these elections can produce surprising results.

While talking about his possible candidacy, the mayor was intent on promoting the city of Mount Pleasant, which has a new 6.8 million dollar sports complex and a new animal shelter that cost around $2 million.

He was also proud to be bringing in new blood to the city, and he oozed pride and charm. Because he was only recently elected, he does not know John Ratcliffe. But he wished the future DNI director well.

Watch out for Mayor Tracy Craig. His election in Mount Pleasant proves he has the charisma run a strong race to replace Congressman John Ratcliffe.