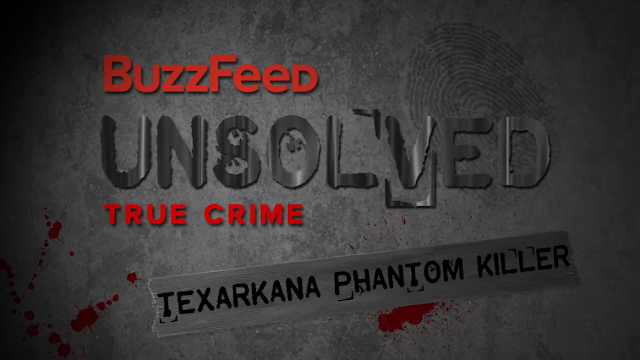 At the beginning of the program, they called the Phantom Killer: "The number one unsolved murder case in Texas." The video has been viewed about two and half million times on YouTube but it has been made available on several different platforms. For instance, the Facebook video of the program has been viewed almost 800,000 times.

It's apparent that the hosts  - Shane and Ryan - have never been to the Twin Cities, but the pair seem to enjoy calling Texarkana a "rowdy town" back in the 1940s and today. They repeat the phrase so often that viewers unfamiliar with Texarkana may get the wrong impression of the area.

However, the two hosts do have a good rapport and offer good-natured banter in their discussion of very grisly crimes. And the video would be a good refresher course for anyone not intimately familiar with the Phantom Killer's reign of terror.

Indeed, the video also mentions the sexual assault and attempted sexual assault of victims that was left out of the film versions of the murder spree.

One of the interesting aspects of the video is that it actually adds visual elements that re-create the Phantom Killer's crimes - including a very eerie representation of the Phantom Killer himself - among other things.

The video wraps up the investigation by once again saying Texarkana was and is a very dangerous place. The wrap-up said: "The Texarkana Phantom murders stand out as managing to stoke a frenzy of fear in a community that had been numbed to violent crime."

It's definitely worth a watch if you will not easily get your feelings hurt about Shane and Ryan's insistence that yesterday and today's Texarkana is a violent town that is "numbed" to any violence except brutal serial murders.

So we can't give the video an endorsement because of the misrepresentation of our Twin Cities today. However, the video is definitely worth a watch for locals interested in the Phantom Killer.