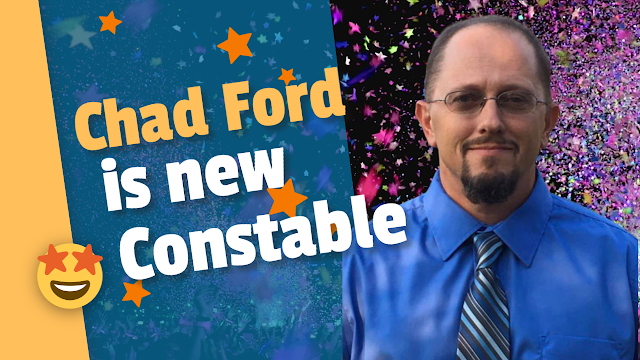 In unofficial results released in the wee hours of Wednesday morning, totals showed Ford had won 1,641 votes to his opponent's 365 votes.


The De Kalb citizen thanked supporters around 2 am for electing him as Constable.

"The support is greatly appreciated, and the words of encouragement from people even outside the precinct were great to hear," Ford said.

"My family and friends were great during my campaign, and I thank them all," he added. "I would also like to recognize my opponent Bill Bonneville for running a clean race and thank him and his family for their service in the New Boston Fire Department and other volunteer efforts."

Ford said he was excited about working with county officials, included those chosen in Tuesday's election."