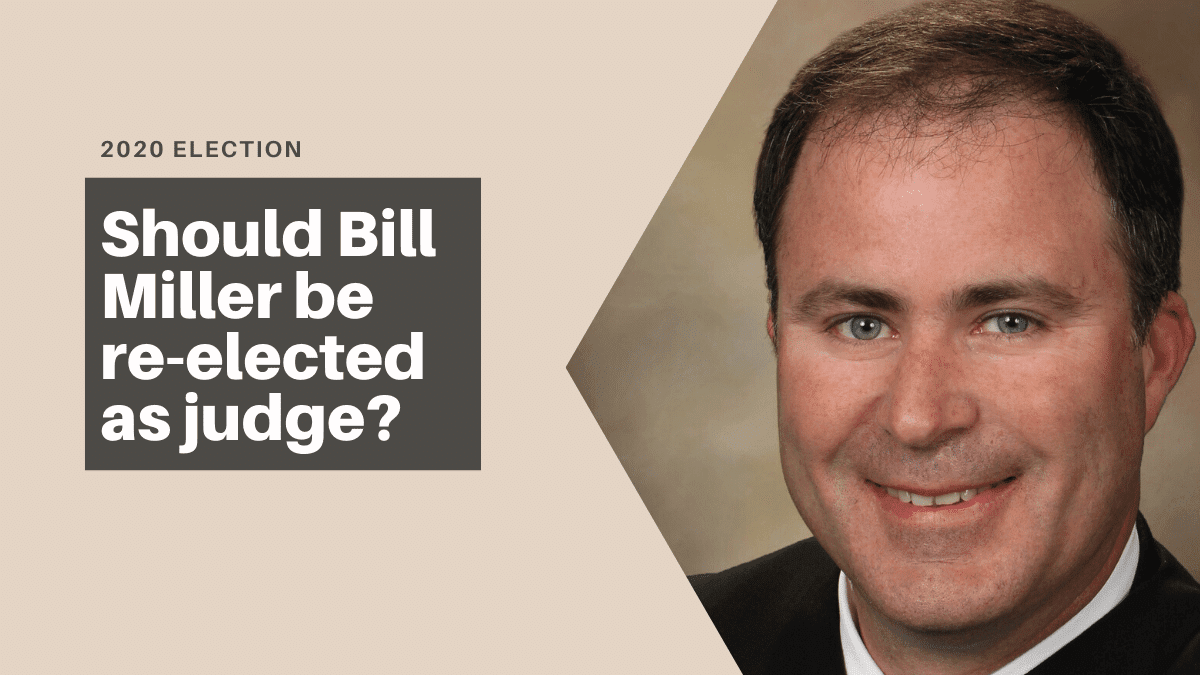 Judge Bill Miller, presiding Judge of the 5th Judicial District of Texas, has announced his re-election campaign for the judicial district, including Bowie County and Cass County.


Miller filed his application for re-election with the Texas Republican Party on November 9, 2019, in Austin, Texas.

The application was accepted on November 18, 2019, and Miller is listed as an official candidate for the primary election with the Texas Secretary of State.


Take our Texarkana News Poll: Should Bill Miller be re-elected as judge? Other candidates may file anytime before the deadline on December 9.
He has served as the Judge of the 5th Judicial District Court in Bowie and Cass Counties, Texas, since being appointed by Governor Perry in January 2015.  Miller was re-elected by the citizens of Bowie and Cass Counties, Texas, in 2016 and will serve his current term of office through December 31, 2020.

“I have been honored to serve the citizens of Bowie and Cass counties as District Judge for the last five years and look forward to continuing to represent the District’s citizens in the criminal and civil justice systems,” he said.

“Since taking the bench, I have handled more than 85 jury trials and thousands of bench trials and closed over 8,100 cases overall.

By the end of December 2019, we will have presided over more than 21 jury trials this year alone from child sexual molestation cases, to murder cases, to car wrecks and other personal injuries, to hundreds of family cases.  As a Texas court of general jurisdiction court, we hear it all.”

In addition to conducting court proceedings each week in Bowie and Cass Counties, Miller is also the Administrative Judge of both Bowie and Cass counties, Texas.

He is currently the technology chairman for the Texas Association of District Judges.  Before assuming the bench, Miller served three years as a member of the State Bar of Texas’ executive committee and Board of Directors and two years on the Texas Bar Foundation Board of Directors.

In addition to having served on local and state-wide legal and judicial organizations, Miller also served 10 years as a member of the Literacy Council of Bowie and Miller Counties. Likewise, Miller served 3 years as a Board Member of the Texarkana Museum Systems and was a Texarkana, Texas City Council member for Ward 5 from 2011 until appointed as District Judge in 2015.

He also continues to serve as a high school soccer referee in Northeast Texas and Southwest Arkansas as well as a soccer referee for the United States Soccer Federation.

Miller is active in the Moores Lane First Baptist Church’s Boy Scouts of America Troop 16 (he has a son who is an Eagle Scout and two sons who are Life Scouts), a member of St. James Episcopal Church and current Trustee of St. James Day School in Texarkana.

“I feel honored to have been selected to serve the citizens of Bowie and Cass counties as a District Judge," Miller said. "Every day, we handle different matters related to crimes, family issues, or civil complaints, and I feel blessed to have been offered the trust of the District’s citizens."

Miller said fairness is the top qualification for a judge.