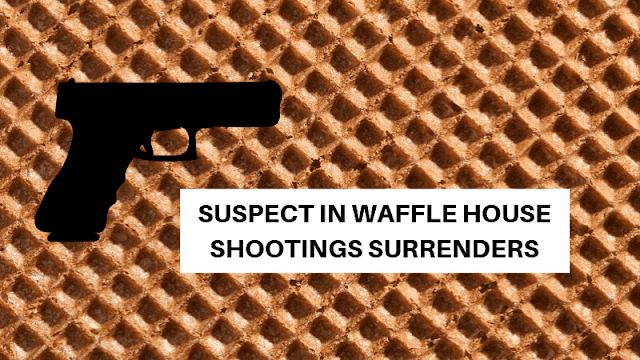 A suspect in two early Saturday morning shootings at the Texarkana Waffle House has surrendered.

Calvin Gardner was booked into Texarkana's Bi-State Jain on two counts of Aggravated Assault with a Deadly Weapon at approximately 9 pm.

No bond has been set for Gardner at this time.

Texarkana, Texas police responded to a shooting report at the Waffle House at around 3 am on Saturday.

Two men had gunshot wounds — one man wounded in his chest and the other man in his back and arm.

Emergency aid was given to the victims before EMS arrived, and they were transported to local hospitals.

Although one man was listed in critical condition, he is expected to survive.

From work done by detectives, Texarkana Police allege that the incident was a continuation of an alleged altercation that had previously taken place in Texarkana, Arkansas.

After a brief fight erupted, police allege Gardner pulled out a gun fired several shots at the two gunshot victims.

It is further alleged by police that Gardner was last seen on State Line Avenue in a Lincoln Navigator.