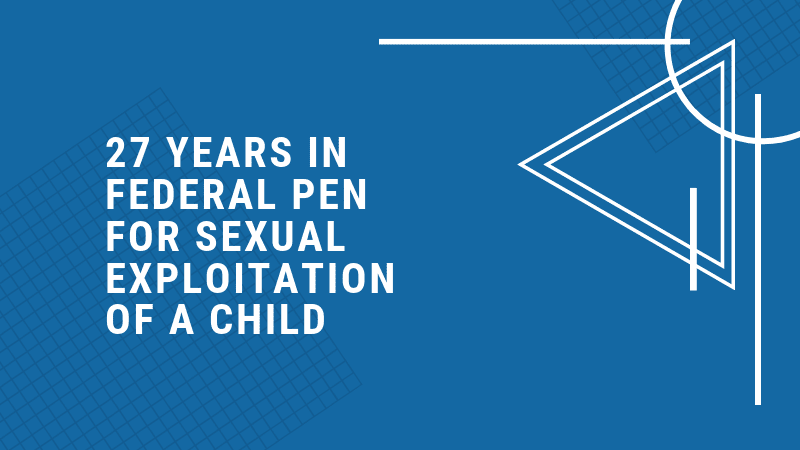 An Arkansas man faces decades in prison following a conviction for the exploitation of a child.

Forrest Hittle, age 35, was sentenced today to 327 months in federal prison without the possibility of parole followed by 25 years of supervised release on one count of Sexual Child Exploitation.

The Honorable Timothy L. Brooks presided over the sentencing hearing in the United States District Court in Fayetteville.

According to court records, in early November of 2018, the mother of a 12 year old female reported to the Springdale Police Department that Forrest Hittle had sexually molested her daughter and took pictures of the abuse.

During a forensic interview, the minor disclosed multiple instances of sexual abuse by Hittle. In response, law enforcement obtained a search warrant for Hittle’s cellular phone and computers.

A forensic examination of his phone revealed a sexually explicit image of the minor.

Hittle was subsequently arrested for Rape. He was later indicted on federal charges and pleaded guilty in March 2019.

This case was investigated by the Springdale Police Department, Homeland Security Investigations, and the Northwest Arkansas Internet Crimes Against Children (ICAC) Task Force.