It was a fun home game at George Dobson Field as Texarkana Twins' fans showed their state colors on a high-scoring night when the Twins come up short while other players had standout performances.

The Twins were unable to get complete the comeback against the Victoria Generals. Tonight was also Battle of the State Line as fans showed off their either their Arkansas gear or Texas gear.

Fans tonight dress up in all sorts of gear to show where their roots lie. The turnout for both states so maybe next year one team will prevail.

The game started off rough for the Twins as they gave up 10 runs in the first five innings. After that, the offense for the Twins exploded. Over the next 3 innings, the Twins made the run themselves as the score was 9-11.

When the bottom the 9th hit the score 14-9 in favor of the Generals. The inning did not start well as it began with a strikeout. Two walks and a strikeout late the Twins find themselves on their last out trailing by 5 runs.

Then the two-out rally was on. Shea Gutierrez started it with a 2 RBI single, and then Ryne Randle walked to put runners on first and second.

Lee Thomas then with an RBI single brought home Gutierrez making the score 12-14. Newcomer to the team JJ Flores came up to bat looking to bring in another run.

Flores was able to do that as he brought home Randle to bring it to within one run. The last out, unfortunately, struck out and ended the comeback for the Twins.

The two best players at the plate for the Twins were JJ Flores and Micheal McElemeel.

Flores went 5-6, 3 RBIs and raised his batting average to .412. McElemeel went 3-5 with 2 RBI in his first five plate appearances of the season.

The Twins are home for their last regular-season game on Wednesday, August 7th.

Also, the team will host its first-ever playoff game on Saturday, August 10. 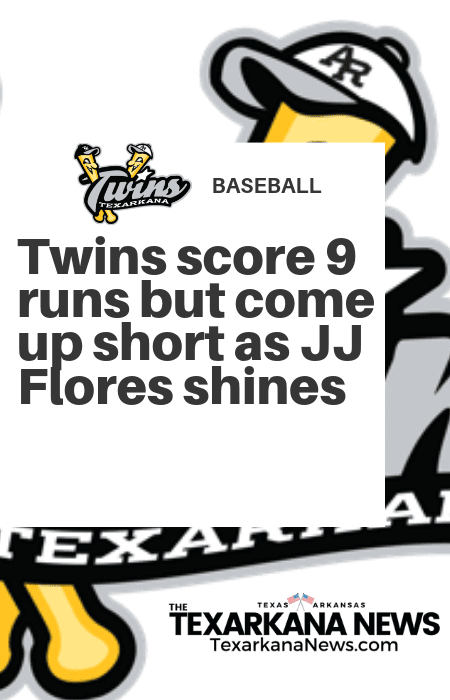