The Texarkana Twins were unstoppable Sunday night as the team scored 14 runs on the special Strikeout Cancer night.

Shea Gutierrez had another standout performance with four RBIs, and Lee Thomas hit his eighth home run on Sunday evening.

The Twins were able to get the bats going as they beat the Baton Rouge Rougarou 14-4. It was also "Stay late Sunday" here at George Dobson Field, and the team signed autographs after the game for Twins' fans.

Tonight was Strike Out Cancer night as the Twins want to honor those who have had battles with cancer. The Twins had special jerseys made for the game with all the different types of cancer that people have beaten.

It was also Stay late Sunday as those fans who stayed after the game got balls signed by the players to give back to those who stayed and watched the whole game.

The Twins got the game started early by scoring 2 runs in the bottom of the 1st inning. Lee Thomas hit a 2 run home run to bring his total to eight on the season.

Thomas also leads the TCL in home runs and leads the team in RBIs. At the bottom of the second inning, the Twins added another run off another Gutierrez RBI single. Gutierrez had an impressive line tonight going 4-6 with two doubles, 4 RBIs and a run scored.

The Twins big inning was the 6th inning where they scored 8 runs. During that inning the Twins had five straight batters record a hit. Gutierrez again had 3 more RBIs with a bases-clearing double with there being 2 outs.

Brock Booker recorded a quality start on the mound tonight. He pitched 6 innings with 1 earned run and 4 strikeouts on the night. Manetta pitched a scoreless inning in the 8th with one strikeout and then Ryne Radle came on to close. Randle had a run scored, but it was an unearned run.

The Twins are back in action on Monday, August 5th with the JR Homerun Derby. They then follow that game with two more at home versus the Victoria Generals. 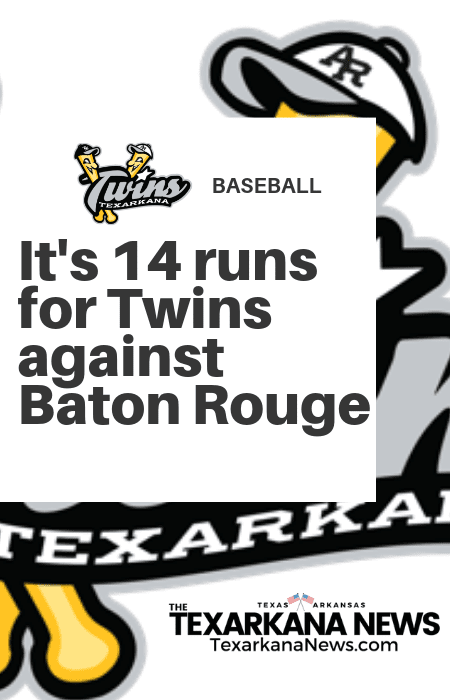