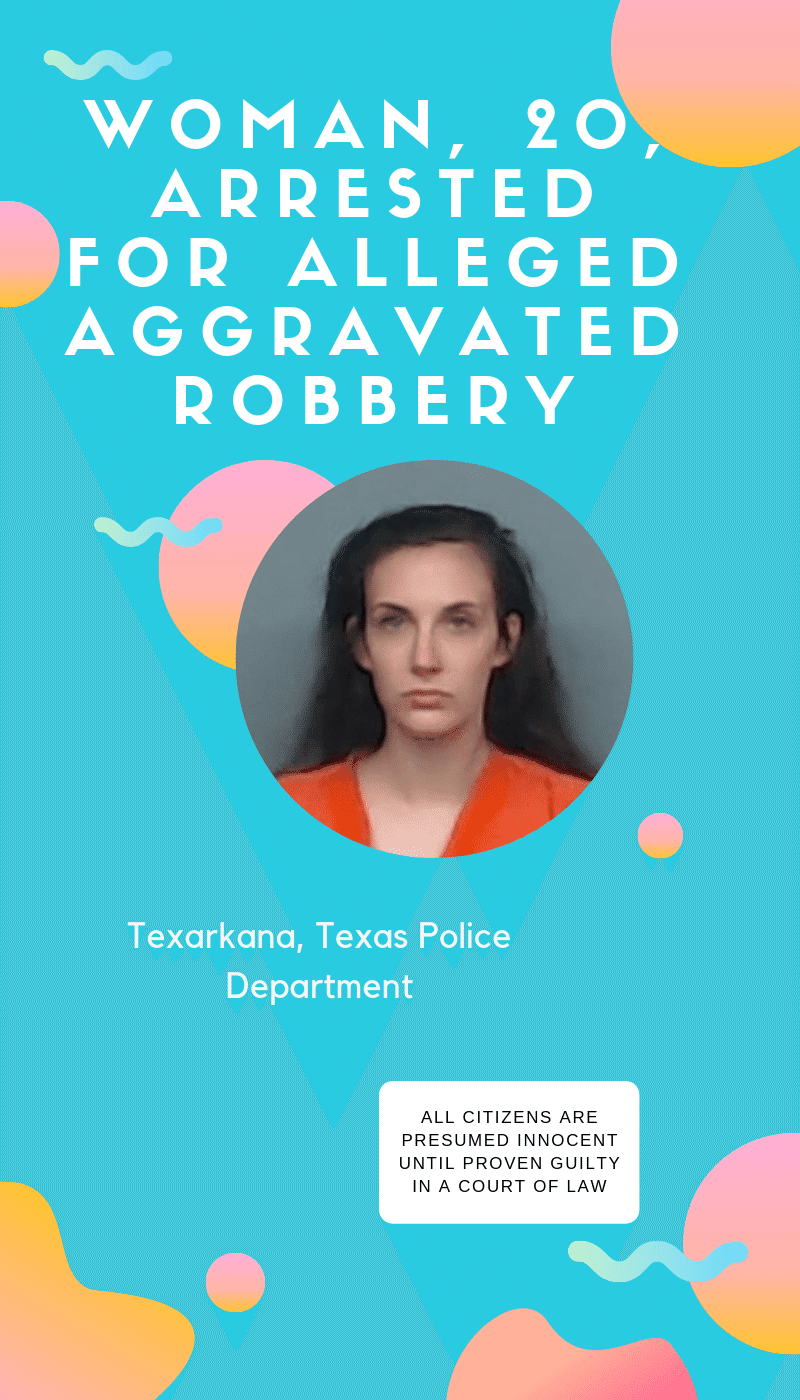 There's one more arrest in the arising from the investigation of a Saturday afternoon shooting at Sunset Apartments, and a Farmington, Missouri woman was arrested for alleged aggravated robbery.

The Texarkana Texas Police Department continues to investigate Saturday’s shooting at the Sunset Apartments, located in the 1600 block of Allen Lane.

Detectives arrested Mariah Cherry, 20, Farmington, Missouri, for alleged Aggravated Robbery on Monday afternoon at the conclusion of an interview at the police department.

Cherry, who is alleged to have driven the other suspects from the crime scene after the shooting, is currently being held in the Bi-State Jail with a bond of $100,000.

A felony warrant for alleged Aggravated Robbery has been also issued for Isaac Taylor, 19 of Texarkana, Texas for his role in the robbery.

He is still at large and being sought by authorities. Officers were dispatched to a shooting call at the Sunset Apartments on Saturday afternoon and found the 24 year old victim laying on the floor inside one of the apartments.

He was suffering from multiple gunshot wounds to his torso. Initially transported to Wadley Regional Medical Center by LifeNet EMS, he was later transferred to a Little Rock hospital for treatment of this injuries, which are not believed to be life threatening.

Both are still being held in the Bi-State Jail, where their bond is also set at $100,000 each.

Anyone with information on Taylor’s whereabouts is asked to call the Texarkana Texas Police Department at 903-798-3116 or Texarkana Area Crime Stoppers at 903-793-STOP.