Texarkana Twins come to life with 8-0 shutout against Generals 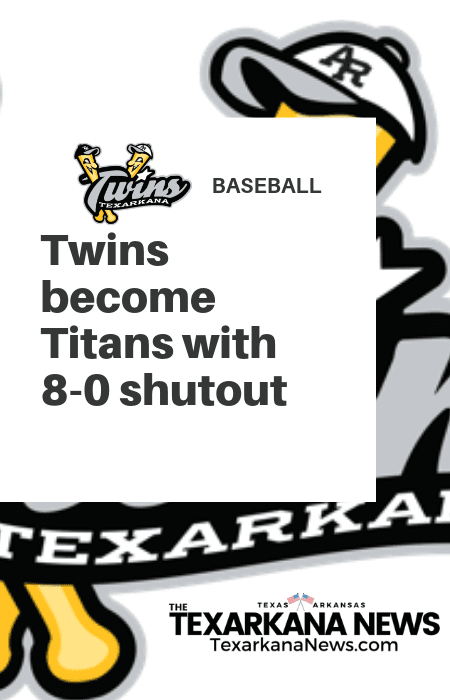 The Texarkana Twins became Texarkana "TITANS" with 8 runs scored by depriving the Victoria Generals of any good news in an away game.

The Twins (16-14) played a complete game against the Victoria Generals (23-13) to steal the second game of this series. It all started with the Twins Starting Pitcher Colten Davis.

Colten Davis took the mound to start this game for the Twins and proceeded to toss a marvelous game not allowing a single run and striking out 6 Generals batters through 6 Innings, earning a quality start.

The bullpen then picked up right where Davis left off with Michael McElmeel, and Brandon Morse closed out the game with 3 combined strikeouts to complete the shut out. But it wasn’t all pitching tonight as the Twins bats finally started to wake up.

After 2 scoreless innings, Jake Walsh and Blake Shannon walked to begin the 3rd. Then Reese Durand hit a ball to the Shortstop Robertson, who then committed a throwing error trying to get the out at second which let Walsh score and moved Shannon to 3rd.

So there were runners at the corners with no one out for Shea Gutierrez. Gutierrez then shot a ball back up the middle to make it a 2-0 ball game.

The Twins added 2 more in the inning, but that was it for the 3rd. However, they came right back in the 4th. Gutierrez and Ryne Randle both walked with 2 outs to bring up Lee Thomas.

Thomas worked the count to 1-1 before crushing a ball over the Left Field fence for a 3-Run Home Run to give the Twins a 7-0 lead.

That would end all scoring in the game until the 9th inning when Hudson Hopkins hit an RBI single to give us our final score of 8-0.

The Twins will head to Youngsville tomorrow to start a 2 game series against the Cane Cutters.

They finally return home on Sunday, July 21st to take on the Baton Rouge Rougarou in a 2 game set.