Terrorism Research Center at the University of Arkansas gets new director 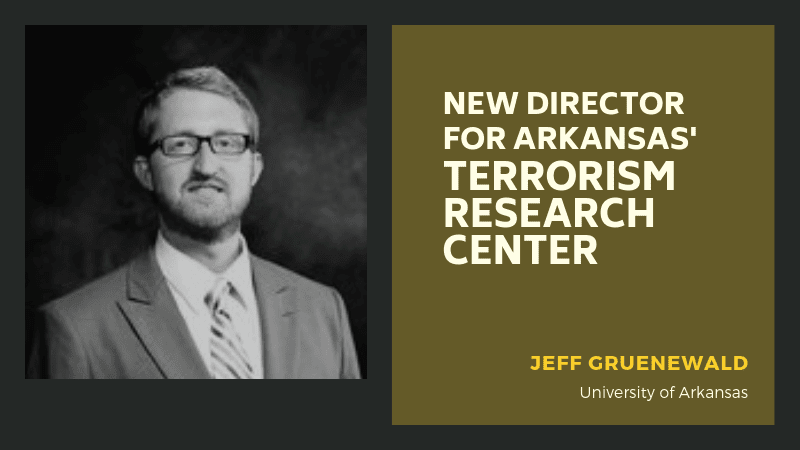 The Arkansas research center founded in 2003 to facilitate research on extremist violence and terrorism has a new leader.

The Terrorism Research Center at the University of Arkansas is welcoming Jeff Gruenewald as its director. Gruenewald is joining the J. William Fulbright College of Arts and Sciences as an associate professor as well.

Professor Gruenewald received a doctorate in 2009 in criminal justice from Michigan State University. He was previously an assistant professor in the Department of Sociology and Criminology at the University of Arkansas from 2011 to 2015. So he will be coming back to familiar territory as an associate professor and director of the Terrorism Research Center.

Gruenewald has involved in several federally-funded terrorism research projects and has published over 40 peer-reviewed articles, primarily on topics related to terrorism and other forms of extremism.

The broad aim of Gruenewald's research is to harness the theoretical, methodological, and analytical tools of social science to study terrorism, extremism, and counterterrorism in ways that inform, and are translatable to, homeland security policies and practices.

His work relies heavily on open-source databases not only to better understand terrorists' behaviors and the contexts in which they operate but also to inform homeland security officials.