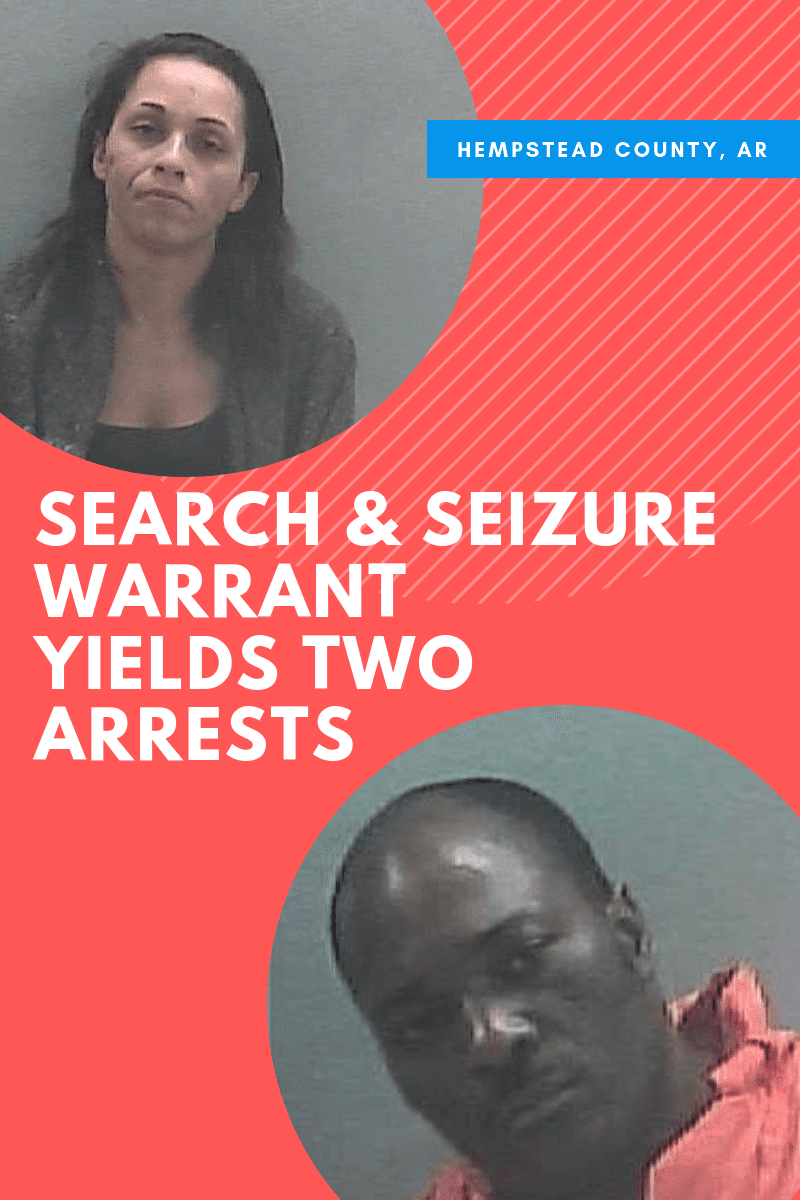 Arrested as a result of the search warrant was Tommy F. Hamilton and Alexis Tucker bothe were transported to the Hempstead County Jail and booked on the below listed charges.

The Search and Seizure warrant was obtained after an undercover investigation by the 8th North Task Force.