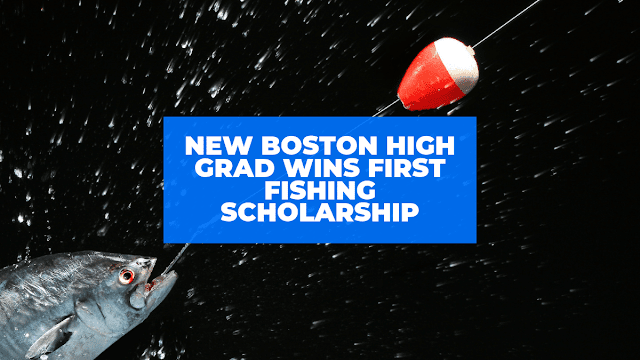 The Angler’s Scholarship was awarded for 2019-2020. It was given to Jacob Isaac Whittington from New Boston, Texas.  The scholarship is in the amount of $835 per semester.

The fishing program at SAU is world class, and there have had some serious accomplishments in recent months.

For the first time, Southern Arkansas University has competed and ranked in the top 20 at the YETI Fishing League Worldwide (FLW) National Championship.

Drake Vines, a junior Mechanical Engineering major from El Dorado, placed 17th out of 155 teams at a championship held June 4-6, 2019, on the Potomac River in Maryland.

Vines, who had competed previously in state and regional high school tournaments in Arkansas and Mississippi, said this competition was unlike any other. “The river had tide waters that made the level of fishing much more difficult,” he said. However, because the Potomac was also similar in many ways to rivers he had fished back home, “I was able to take an old school strategy and … put myself in the Top 20.”

Vines is captain of the SAU Bass Fishing Team in his second year of membership. He has had past successes on the team. In 2017, the Bass Fishing Team finished in 9th place and 11th place in the Arkansas Collegiate Series Championship on Lake Dardanelle.

He has also fished in tournaments as part of the Union County Bass Club in El Dorado, including one tournament on Lake Dardanelle in 2015 and one on the Ouachita River at Felsenthal in 2016.

He hopes his high placement in the FLW National Championship will help open doors to sponsorships so that he can represent SAU and Magnolia at other events.

“There isn’t a more supportive community than Magnolia,” he said. “I‘ve only lived here two years but it feels like home. That’s why I chose SAU.”

Jennifer Ford and Chris Boswell are co-advisors of the SAU Bass Fishing Team. Ford said 12 student-anglers were active last year, fishing competitively or in local tournaments. The team fishes in the BASS and FLW circuits and will participate next year in as many tournaments as possible.

“We will be taking on some philanthropy projects as well, promoting fishing and boating safety with young anglers,” Ford said.