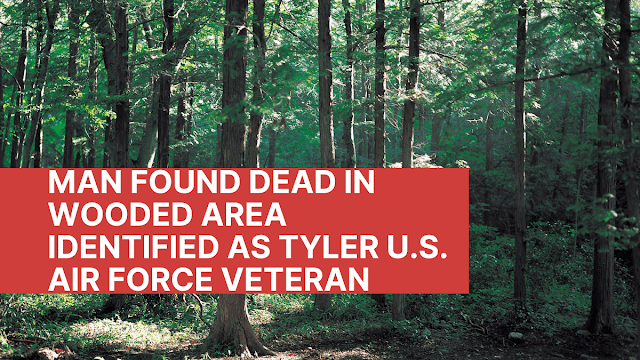 An Air Force veteran who was found dead was identified by police.

On February 23, 2019 Smith County Sheriff’s Patrol Deputies responded to a deceased individual that was located in a wooded area in the 12600 block of Hwy. 69 North in Tyler.

Through DNA evidence and with the assistance of the Southwestern Institute of Forensic Sciences, the deceased individual was identified as Christopher John Michael – 53 of Tyler.

Mr. Michael was a veteran of the United States Air Force.

The cause of death is natural undetermined and no foul play is suspected.