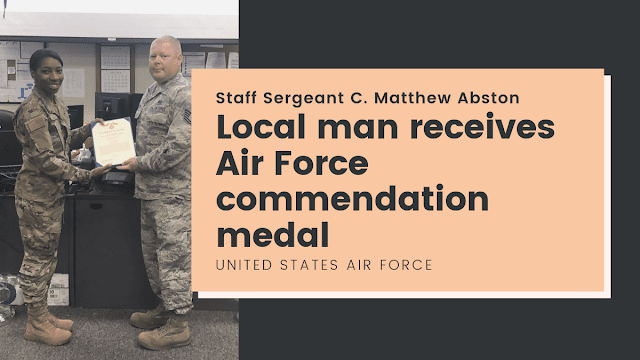 A member of the Building Services Department, Matt Abston has been with Pleasant Grove ISD for 15 years and in the Air Force for 16 years. He has two sons, ages 8 and 6.

We congratulate Seargeant Abston on his service to his country and his dedication to local students in our community.

The Certificate from Department of the Air Force reads: