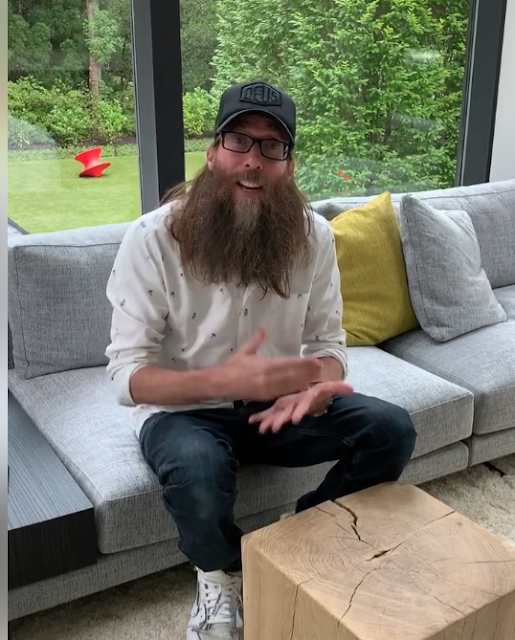 Fresh off the heels of performing at the K-Love Fan Awards at the Grand Ole Opry in Nashville, Crowder has released a new music video featuring Mandisa.

The Christian music singer who grew up in the Ark-La-Tex at First Baptist Church-Moores Lane in Texarkana and graduated from Pleasant Grove High School was very happy about the new song music video of "Let it Rain" featuring Christian pop star Mandisa.

Crowder said the song and video definitely have a happy feel.

"It's a paradoxical kind of deal in that it sounds cheery and upbeat, but what the song is saying is that often when you're in a spot that feels bleak, you might actually have been led there by your maker," he said.

"It's like Exodus, in that there's that promised land on the other side, but there's something that you have to deal with first," Crowder added. "Remember: same God that brings the sunshine brings the rain. It's a very complicated thing to think about when it comes to theology"

Crowder continued: "You need something propositional, like there is an end to the bleakness, and you're going to be a better human on the other side of this darkness. Hopefully this song helps you get there."

In other Crowder news, the singer also proudly announced that he would be performing at Radio City Music Hall in New York City on October 8 with MercyMe and Micah Tyler.

"Gonna have to get my fancy clothes on for this show," Crowder joked about the Radio City gig.

(Below) Watch Crowder's new video Let It Rain (Is There Anybody) (At Melrose Billiards Parlor) ft. Mandisa:

October 8th we will be at @radiocitymusichall in NYC with @themercyme & @micahtylermusic. ⠀⠀⠀⠀⠀⠀⠀⠀⠀ Gonna have to get my fancy clothes on for this show. ⠀⠀⠀⠀⠀⠀⠀⠀ And don’t forget about the @kennyrodgersthearcticfox VIP Jamboree. #imaginationtour
Posted by Crowder Music on Friday, June 7, 2019