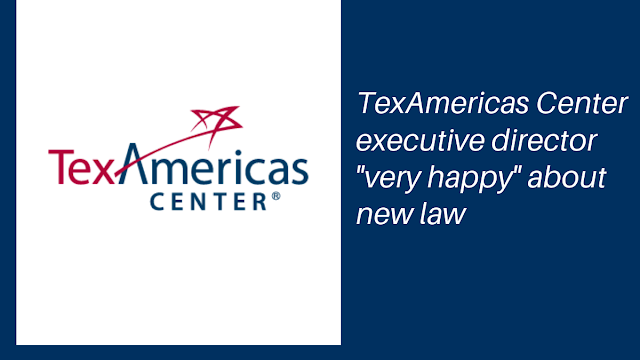 The executive director of the TexAmericas Center, which is the entity redeveloping the land and resources of the former Lone Star Army Ammunition Plant, said he was "very happy" that Governor Greg Abbott signed a bill to help the Center into law.

Scott Norton said the new law, SB579, would positively affect the area. The Texas governor signed the bill on May 31, 2019.

"What this does is put us at a level playing field in the redevelopment authorities in Texas," the executive director said.

Norton said it would also give the TexAmericas Center a competitive advantage when seeking new business.

Trying to get a bill through the Texas Legislature and the governor's office had been a priority for TexAmericas Center since December 13 when work began on crafting the bill with local legistators.

It must be noted that taxes will not be abandoned for the entities affected including Bowie County, Hooks, Leary, Maud, New Boston, Redwater and Texarkana College. However, they will be paid from a joint payment which would be less than current property tax and administered by the TexAmericas Center — which would in essence provide a property tax discount.