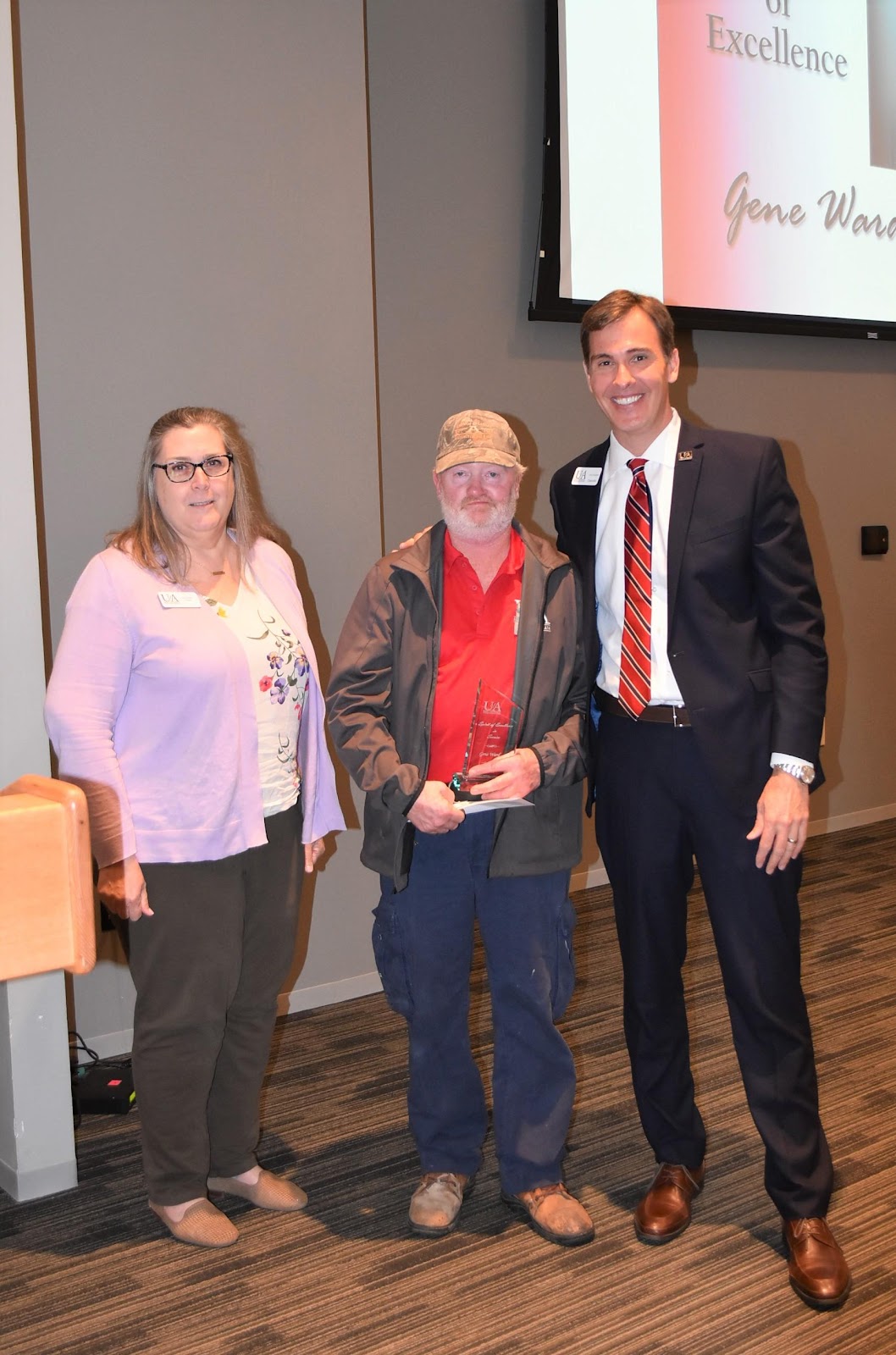 Gene Ward was announced as the winner of the University of Arkansas Hope-Texarkana's outstanding staff member for 2019.

Ward has served the college in the maintenance department for 21 years, and university officials say he is always there to help with grace and a smile according to his nomination letter.

According to the university, Ward takes pride in his work and does not shy away from a challenge. His commitment goes far beyond a desire to perform a job well, in fact, his goal is to make UAHT a place where employees are proud to work, and students are proud to attend.

The university lauded Gene Ward for coming in early, staying late, and taking night and weekend calls without complaint.

When colleagues have been ill or needed time off, Gene comes to work on scheduled vacation days to help his peers. On multiple occasions, he has come to the rescue during a concert or after class hours to repair broken air conditioners or fix plumbing problems.

The university said Ward always volunteers to work at every event outside of normal working hours to make sure everyone is comfortable, and nothing goes wrong. He demonstrates a commitment to excellence in all areas of service to the college.

When the physical plant department experienced a shortage of half of its full-time staff for several months, Ward took it upon himself to ensure that the campus remained both functional and beautiful by working tirelessly until the jobs were done and everything was operational.

Staff say Ward is without question deserving of the Spirit of Excellence in Service Outstanding Staff award because of his outstanding effort and commitment to service to every person who steps foot on the UAHT campus.

What a tribute to a great man! Congrats to Gene Ward!