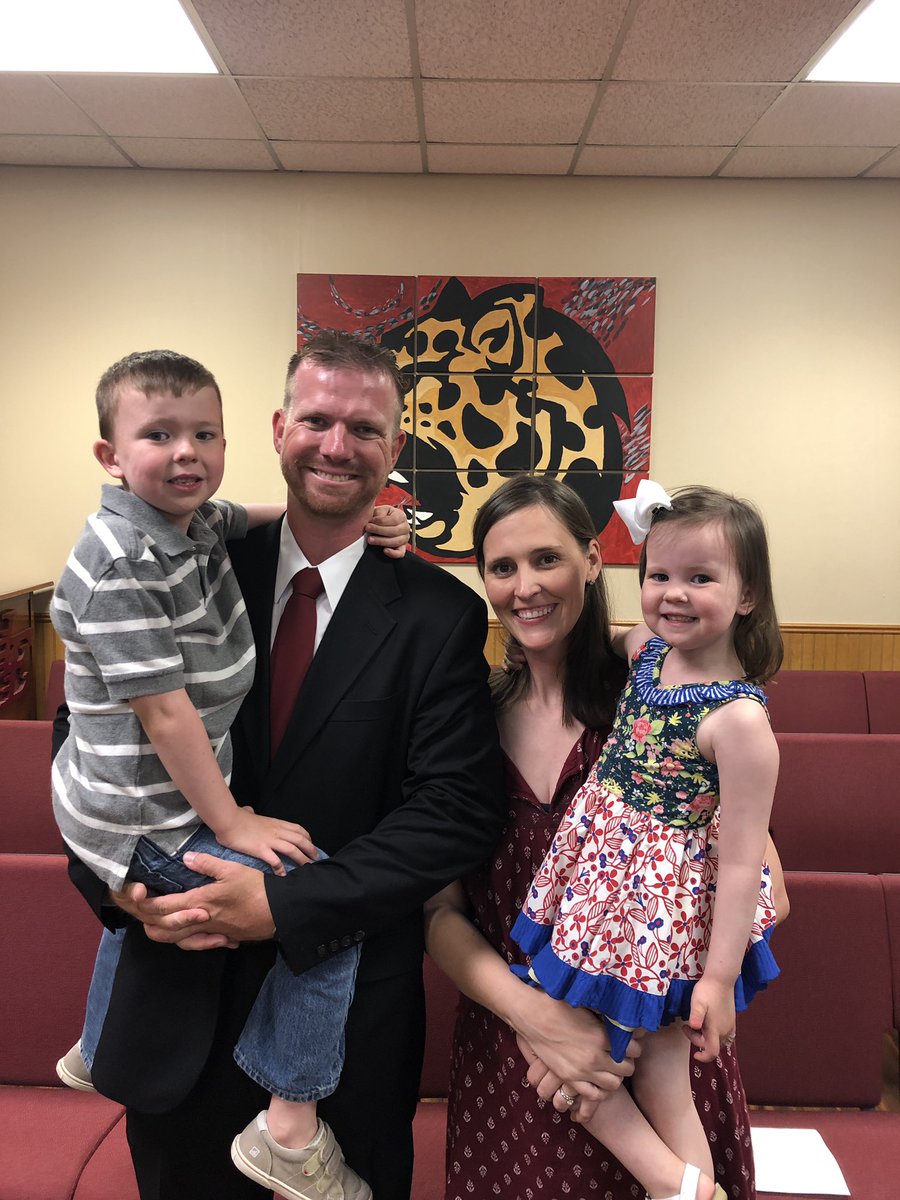 In a regularly scheduled school board meeting on Thursday, April 25, 2019, Klint King stood with his family as he was announced as the new athletic director and head coach of the Liberty-Eylau Leopards.

The new coach will oversee a winning sports program following the retirement of Coach Steve Wells whose departure saddens all LE fans. However, Klint King appears to be a worthy successor to Coach Wells.

We wish Coach Klint King much success with the Liberty-Eylau Leopards  - hopefully for many years to come.