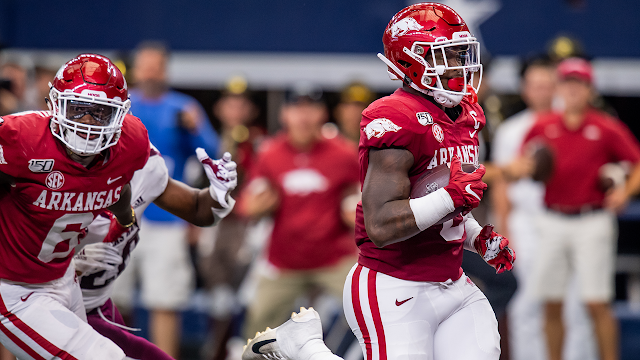 Local football fans are getting excited about the big game as the Arkansas Razorbacks take on Auburn Tigers at Fayetteville's Donald W. Reynolds Razorback Stadium on October 19.

The SEC Network will broadcast the game, and it can also be streamed on ESPN's popular app.


Arkansas and Auburn will meet for the 29th time in the histories of the two major college football programs.

The all-time leader in the series is Auburn at 16-11-1, but there is good news for the Razorbacks. Arkansas has won five times in Fayetteville.

Tickets can still be purchased for the game by calling the Razorback ticket office at (479) 575-5151, or fans can buy online.