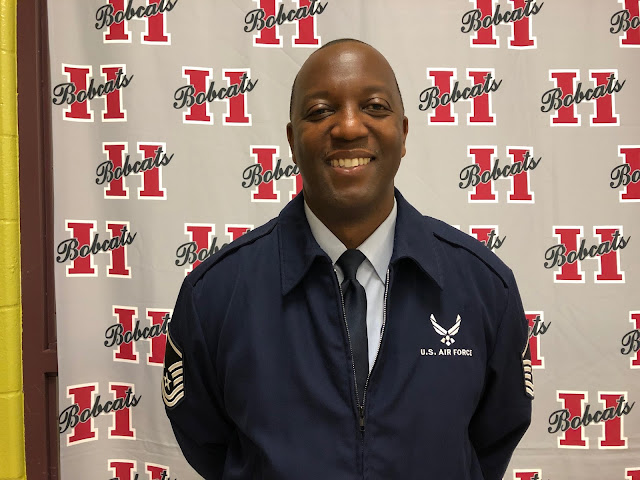 MSgt. Jeremy Grice is a native of Columbus, Ga., and 1989 graduate of Baker High School, who has served for 24 years in the USAF as a Propulsion Systems Craftsman. MSgt.

Married to Dr. Allegra Mickles Grice, the couple has five children, including Keni (18), Jamar (18), Langston (11), Sebastien (8) and Dior (8). MSgt. Grice comes to HHS upon the retirement of MSgt. Leon Mickles.

Before assignment to Hope, MSgt. Grice was a private contractor involved with HH-60 Blackhawk helicopters at Robins Air Force Base in Georgia and was a commercial aircraft maintenance technician and Federal Aviation Administration parts certification inspector in the Dallas/Fort Worth Metroplex.

He is a graduate of the military post-secondary program with a BA in business administration and an AAS in aircraft maintenance technology.