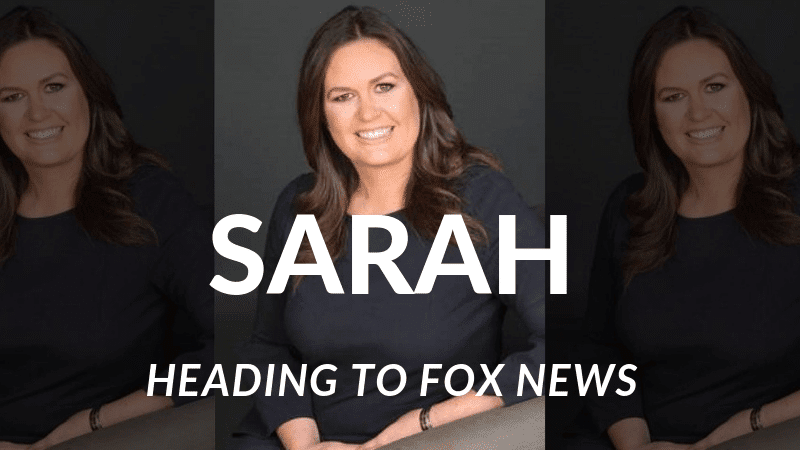 The woman that Texarkana citizens once knew as Mike Huckabee's intelligent and kind little girl while he was the pastor at Beech Street First Baptist Church has been named FOX News contributor.

This follows her departure as White House Press Secretary and speculation that she would run for governor in the state of Arkansas in 2022. The only announced candidate so far, however, is Lt. Governor Tim Griffin.

FOX News announced the hiring on Thursday and said she would provide analysis and political commentary across all FOX media, including the news channel, FOX Business network the digital channel, the online subscription service FOX Nation as well as the podcast/radio division.

Huckabee Sanders will make her FOX News debut on September 6th as a guest on the live audience show FOX and Friends.

“FOX News has been the number one news organization in the country for 17 years running, and I am beyond proud to join their incredible stable of on-air contributors in providing political insights and analysis,” Huckabee Sanders said.

She also attended college in the Ark-La-Tex and holds a Bachelor of Arts degree in political science from Ouachita Baptist University in Arkadelphia, Arkansas. She currently lives with her husband and three children in Little Rock.

Her father, Governor Mike Huckabee is also a FOX contributor and a TV star in his own right with his popular weekly show on Saturday nights on TBN.

She is only the third woman and first mom to ever hold this important position.

Her job as the administration’s chief spokesperson put her in the center of the storm during the contentious Mueller investigation, and she formerly worked at the White House as Deputy Press Secretary in January 2017 — although she had been a senior advisor for the president's 2016 campaign.

No stranger to Arkansas politics, Huckabee Sanders was previously a senior advisor on Tom Cotton's winning 2014 US Senate campaign and was campaign manager for John Boozman in 2010. She also worked for her father as National Political Director for his 2008 presidential campaign which led to a win in the Iowa Caucuses.