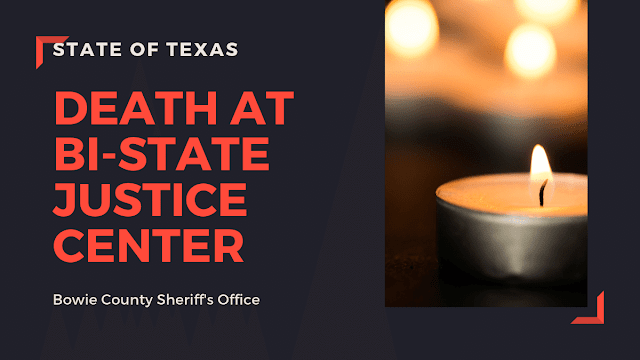 Very sad news in Bowie County today as an inmate has died at the Bi-State Justice Center in Texarkana.

"When they arrived, they spoke with a corrections officer who informed them that another inmate had reported that inmate Michael Rodden was hanging in his cell. This corrections officer along with nursing staff entered the cell and administered CPR until Life Net personnel arrived. These attempts to revive Mr. Rodden were unsuccessful," a Sheriff's Office spokesperson said.

"There was nothing found during the initial investigation that indicates Mr. Rodden’s death was anything other than self-inflicted," the spokesperson added.

"According to Bowie County Sheriff's Office, the Texas Rangers were called to conduct the investigation into Mr. Rodden’s death and Mr. Rodden’s body has been sent off for an autopsy," the spokesperson said.