Crazy game in Youngsville has a bad ending for the Twins

As mentioned earlier, the Twins put up 5 runs in the first inning alone, but the Cane Cutters answered right back with 2 in the first and 5 in the second to take a 7-5 lead.

However, the Twins continued to battle putting up 1 run in the third, 1 in the fifth and 2 in the sixth but even still the Cane Cutters responded blow for blow until finally scoring 3 runs in the sixth to go up for good.

The offense was led by two of their top guys all season, Shea Gutierrez and Lee Thomas. Gutierrez did not collect a hit on the night but did get on base 4 times with 3 walks and a hit by pitch.

Also, the only time he did not reach base was in the 3rd inning where he grounded into a Fielder’s Choice that brought home the only run of the inning. Lee Thomas though brought in 4 runners tonight on just 2 hits.

His first 2 RBI’s came in the form of a double the first inning when he smoked a ball into Left Field with the bases loaded that allowed Gutierrez and Reese Durand.

But his best hit of the night came in the 6th inning where, on a 1-1 count, he skied a ball into Left Field and watched it soar over the Let Field wall for a 2-Run Home Run.

Thomas now has more RBI’s (32) than the Twins have played games (31) and continues to lead the team in Home Runs with 7 now on the season.

The Twins will have their chance at revenge against the Cane Cutters tomorrow at Fabacher Field as they finish this 2 game series.

They finally return home on Sunday, July 21st to take on the Baton Rouge Rougarou in a 2 game set. 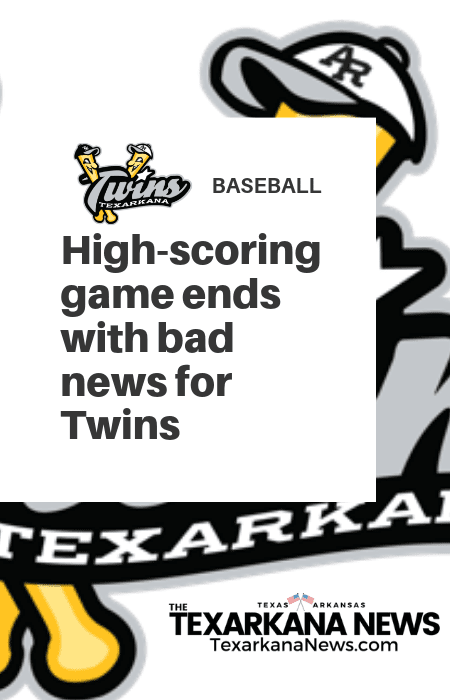