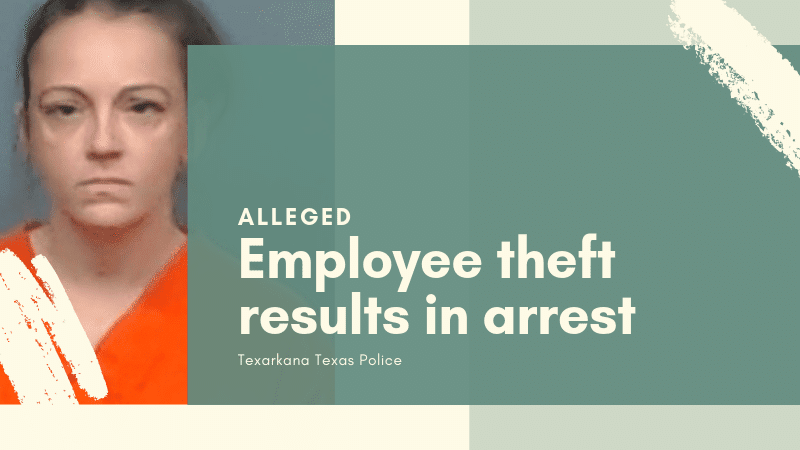 After business deposits allegedly came up short regularly, the assistant manager of a local business was arrested following an investigation.

She is accused of stealing more than $135,000 from her employer.

The owner of State Beauty Supply reported to police that she had discovered evidence that Douglass was allegedly stealing money from the business’ daily bank deposits.

As the assistant manager, one of Douglass’ responsibilities was to collect and deposit the receivables each day.

Detective Cody Harris reviewed business financial documents for the period of June 2017 to June 2018 and determined that Douglass allegedly failed to deposit over $135,000 in sales revenue during that period.

Police believe that, on the days that Douglass prepared the bank deposit, the amount actually deposited into the bank was routinely less than that reflected on falsified bank deposit slips that she provided her employer.

The amount on the falsified deposit slips allegedly matched the funds expected on the daily transaction audit report.

After Harris obtained a warrant for her arrest, Douglass turned herself in on Monday and was booked into the Bi-State Jail.  She was released later that day after posting a $100,000 surety bond.