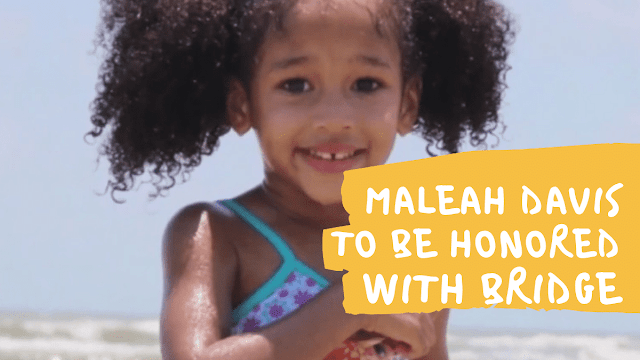 Four-year-old Maleah Davis will never be forgotten if Hempstead County Sheriff has his way.

Sheriff James Singleton wants to memorialize the little girl whose earthly remains were discovered close to I-30 in May by renaming the Red Lake Road Bridge in her honor, which is located above the I-30 at Exit 18 near Fulton, Arkansas.

The process to rename Red Lake Road Bridge was put into place on June 4, 2019 with a formal request to the Transportation Department. The official name is proposed to be the "Maleah Davis Memorial Bridge."

This change requires approval from the Arkansas Highway Department.

Name change requests usually take a couple of months but could be a little longer due to staff vacations during July and August.

Maleah Davis was first discovered missing while she was being cared for by her mother's fiance Derion Vence.

Police have charged Vence with tampering with a corpse after the little girl's body was tragically found in a trash bag.

The man allegedly confessed to police that he dumped the body after leaving Texarkana and exiting at Hope.

Sheriff Singleton says he just wants to honor the little girl who has come to mean so much to Hempstead County.

After signs are installed, the sheriff expects to hold a public dedication which is likely to be attended by officials from Houston as well.

Photo courtesy of the City of Houston