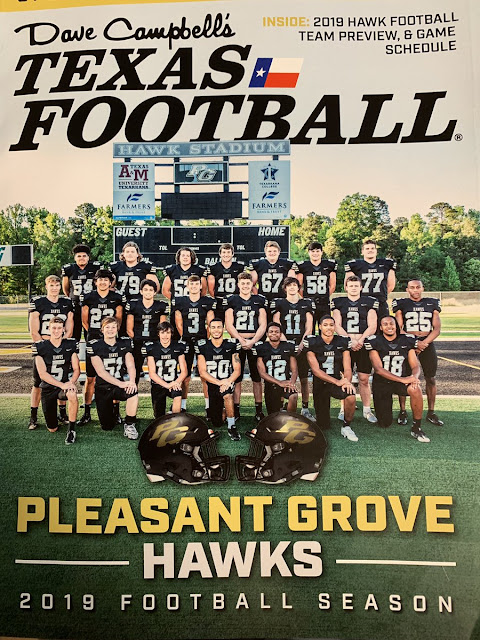 Life is good for the football team of Pleasant Grove High School and #HawkNation — so good that a major Texas sports publication produced a special edition with the team on the cover.

The magazine is the respected biannual publication Dave Campbell's Texas Football. It covers all aspects of football in the Lone Star State from the Dallas Cowboys and Houston Texans to college football to the the almost 1,500 high school teams.

On Twitter, Coach Josh Gibson showed the world the boxes of magazines when they arrived at Pleasant Grove. "Just received the Texas Football Bibles! We are fired up," he said.

Locals have been excited to purchase the magazine and many are asking students featured on the magazine as well as coaches for autographs.

However, sports' pundits believe the Hawks have a good chance to end up in the championship game again this year.

The words "lots of talent" is a common phrase when Texas coaches talk about the Pleasant Grove team.

The Hawks' coaching staff added a new hire this year with defenseive line coach Ty Taylor of Kerrville. Read about him by clicking here. 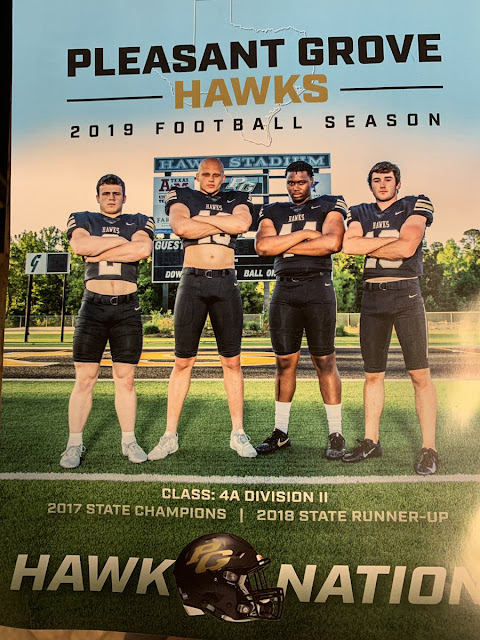