The last presidential election produces another winner: Local woman wins prestigious award and cash prize for article about social media and the 2016 campaign 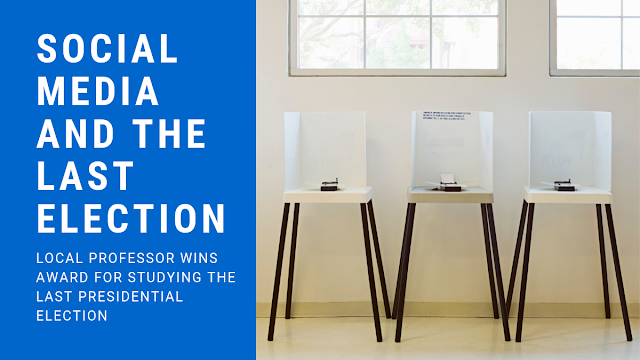 A Texarkana-based professor won a prestigious award along with $1000 for her article about adult well being during regarding social media use and political extremity during the hard fought 2016 presidential election campaign.

The prize, supported by the Laura and John Arnold Foundation, was designed to help encourage the preregistration of scholarly research. The process of preregistration helps separate hypothesis-generating research from hypothesis-testing research and can aid in the quality and transparency of the research itself, according to the Center for Open Science. Dr. Leighton was the only professor from the 11 universities in the Texas A&M University System to receive the award.

Dr. Leighton’s research focused on how political extremity, social media use, and social support affected the overall well-being for adults between the ages of 18 and 29. The following is a brief synopsis of the research, taken from the published work:

The 2016 U.S. presidential election was marked by hostile political discourse, often on social media, where users were exposed to divergent, and potentially distressing, political discourse. This research explores the effects of this election on the well-being of emerging adults who receive the majority of their news via social media. Using data from the Emerging Adulthood Measured at Multiple Institutions 2 Study, we expected greater social media use to be associated with greater perceived stress, and lower well-being, among emerging adults who are more politically extreme, and expected these relationships would be moderated by social support and social media use. Our preregistered analysis did not support our hypotheses. Although there were some effects of extremity on stress and well-being, overall the direction of the effects were inconsistent and neither social media use nor social support was found to moderate the effects of extremity on stress and well-being.