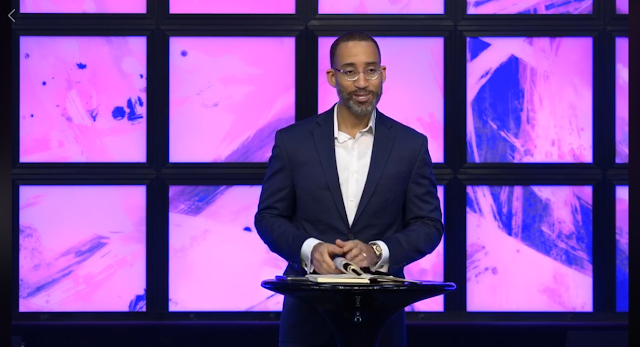 There was a lot of buzz in mid-April when Iran Pitre conducted a very popular and much talked about "Marriage Enrichment" seminar that was also streamed live.

One attendee stated that it made her husband want to immediately start "making some changes." There's no higher praise than that at the conclusion of a marriage seminar.

Two words: Positive change. They are an apt way to describe the main themes publicly spoken about by Iran Pitre. It's likely that anyone who has watched his ministry at Christ Nations Church would agree.

The brother of Isaac Pitre, the well-known Christ Nations Pastor who is seen regularly on national TV, Iran Pitre began his marriage seminar by remarking that couples carefully maintain things like cars and homes - or anything which people expect to have longevity. However, he mused that couples don't do this much with marriage. And the seminar, he said, was a way to "look under the hood" and check things out.

Indeed, the "Marriage Enrichment" seminar was so well received that Pitre could easily take it on the road and share his insight with audiences of couples in other cities around the Ark-La-Tex and nation.

On April 25, Pitre announced the opening of his stylish new website: IranPitre.com. On the site, Pitre offers lots of content like audio, video and a brand new blog. Most important to Pitre, however, is that people share their testimony on the site if they have been inspired by the ministry.

Encouragement and inspiration is the heart of Iran Pitre's message to audiences. On the new website, he modestly describes himself in four words: "Husband, Father, Pastor, Teacher."

However, anyone who has been counseled or had discussions with him would probably prefer that he add one more word to the list:  Friend.

God wants to do so much more for us but He needs our cooperation by expanding our capacity to receive.
Posted by Iran Pitre Ministries on Friday, April 26, 2019