Home Arkansas Cars News Police Texarkana As Memorial Day approaches, not wearing a seat belt can have a high cost

As Memorial Day approaches, not wearing a seat belt can have a high cost 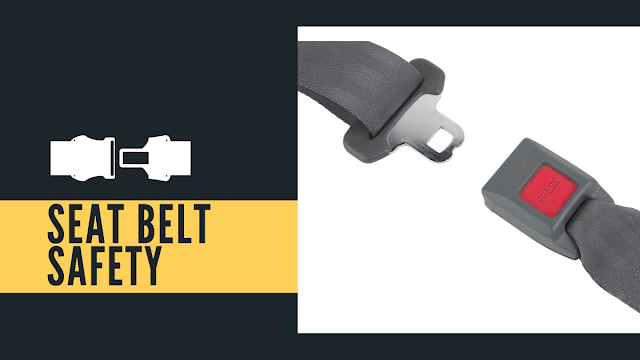 As the Memorial Day holiday approaches, the Texarkana Arkansas Police Department is reminding all drivers of the importance of seat belt use.

This annual campaign is part of the U.S. Department of Transportation’s National Highway Traffic Safety Administration’s national Click It or Ticket high-visibility enforcement effort that runs from May 20 to June 2, 2019. Aimed at enforcing seat belt use to help keep families safe, the national seat belt campaign runs concurrent with the busy travel season.

“During the Click It or Ticket campaign, police departments will be working with fellow law enforcement officers across local and state lines to ensure the message gets out to drivers and passengers,” said Sergeant Jeremy Gordon.

“We cannot overstate the importance of wearing a seat belt. It’s the law, but it’s more than that: By far, buckling up is the simplest thing you can do to limit injury or save your life during a crash," he said. "We see the results of not wearing a seat belt all the time. We see the loss of life. So often, it could have been prevented with the simple click of a seat belt.”

For this year’s Click It or Ticket seat belt mobilization effort, NHTSA is asking all states to participate in the kickoff event, Border to Border (B2B), a one-day national seat belt awareness event on May 20 that is coordinated by participating state highway safety offices and their respective law enforcement liaisons.

That’s why one focus of the Click It or Ticket campaign is nighttime enforcement. Participating law enforcement agencies will be taking a no-excuses approach to seat belt law enforcement, writing citations day and night.

“In 2017, numerous people in Arkansas were lost because they did not buckle their seat belts,” said Sergeant Jeremy Gordon. Almost twice as many males were killed in crashes as compared to females, with lower belt use rates, too.

“If the enforcement crackdown wakes people up to the dangers of unrestrained driving, we’ll consider our mission to be a success,” said Sgt. Gordon. “If you know a friend or a family member who does not buckle up when they drive, please ask them to consider changing their habits.

The Texarkana, Arkansas Police Department said it wants the public to spread this lifesaving message "before one more friend or family member is killed as a result of this senseless inaction."

According to the TAPD: "Seat belts save lives, and everyone—front seat and back, child and adult—needs to remember to buckle up— every trip, every time.”